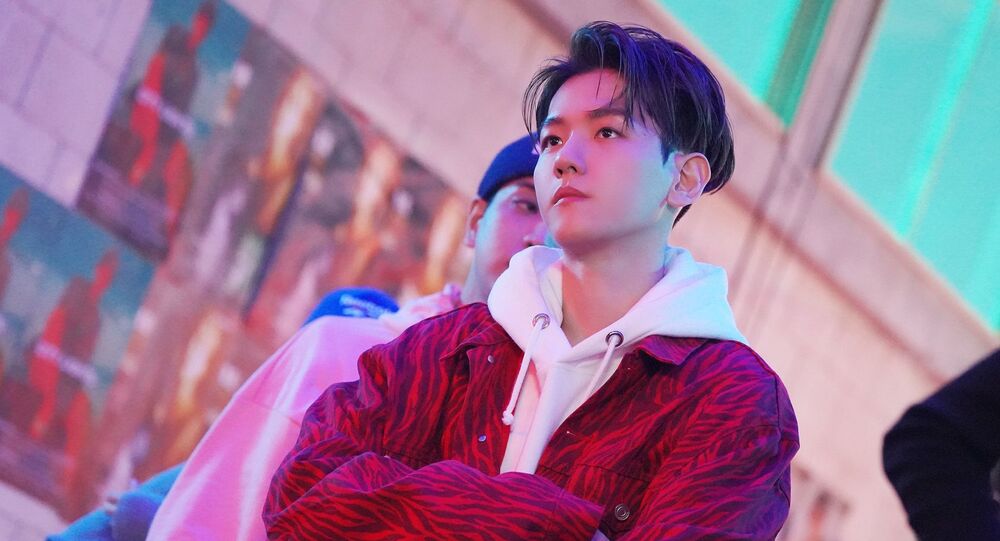 'Genius Idol' on Duty: EXO's Baekhyun Enlists on His Birthday

The successful artist and one of the main vocalists of the K-pop boy band EXO entered a military training centre on the same day as he turned 29.

The bittersweet day came sooner than EXO-Ls (the official name of EXO fans) thought: on 6 May, the birthday boy Baekhyun shared photos of his shaved head on the fan community app LYSN. His co-member Sehun continued EXO's tradition to share photos of enlisting members, with the hands of others on the shaved head.

​Baekhyun joined EXO's military line-up as Chanyeol, Chen, and Suho are currently serving. The charismatic soloist has suffered from hypothyroidism since school, which is why he was enlisted as a public service worker, not active military duty.

Before his enlistment, Baekhyun released his third EP titled "Bambi" in late March, sweeping domestic and foreign charts, attesting to the global impact of EXO not only as a boy band, but also as soloists.

Taking into account the magnificent worldwide success of EXO as a group, Baekhyun had impressive commercial results as a solo singer - with only three EPs, the "Genius Idol", as he has been labelled by the media, has broken the record of a million sold albums twice in the history of the South Korean music industry.