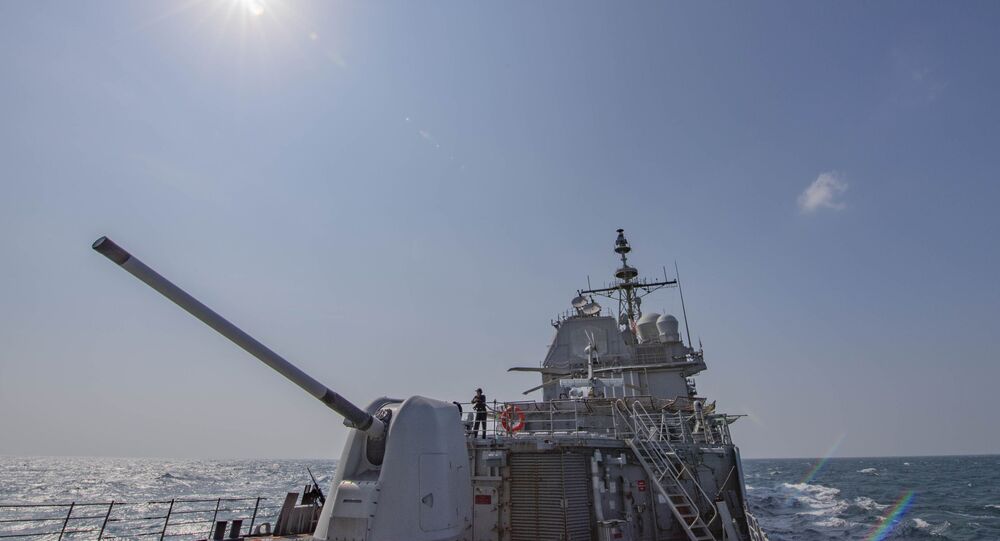 The United States routinely sends warships to the South China Sea and to the Taiwan Strait under the pretext of freedom of navigation missions despite opposition from Beijing, which considers Taiwan a part of its territory.

The US National Security Council Coordinator for the Indo-Pacific, Kurt Campbell, hinted in a comment to a Financial Times Global Boardroom conference that Washington is not planning to abandon its policy of "strategic ambiguity", when it comes to the question of whether the US would respond to an invasion of Taiwan by China. According to Campbell, such an approach has its benefits, while "there are some significant downsides to […] strategic clarity".

The White House Asia 'czar' claims that a different approach, one that involves "diplomacy, defence innovation and [US] own capabilities", fits most the purpose of maintaining "peace and stability" in the region.

"The best way […] is to send a really consolidated message […] to the Chinese leadership, so they don’t contemplate some sort of ambitious, dangerous provocative set of steps in the future", Campbell told Financial Times.

Beijing strongly disagrees with the White House assessment, insisting that repeated US military missions in the waters of the disputed South China Sea and the Taiwan Strait do not promote peace, but, on the contrary, risk an armed confrontation between the two nations, if an accident happens. Despite these warnings from Beijing, which considers both the South China Sea and Taiwan as an inalienable part of its territory, the US continues carrying out the missions under the guise of 'freedom of navigation operations.

The US declared its "understanding" of China's claims over Taiwan in 1972, but has increasingly scaled back the more cautious approach recently. Under US President Donald Trump, Washington engaged in talks with the de-facto self-ruled island nation to sell it advanced weapons in order to resist a possible attack from mainland China. The White House has, however, so far stopped short of giving a direct answer to whether its military will respond to a Chinese attempt to seize Taiwan.

"All I can tell you is it would be a serious mistake for anyone to try to change the existing status quo by force", US Secretary of State Antony Blinken responded to an inquiry on the subject.