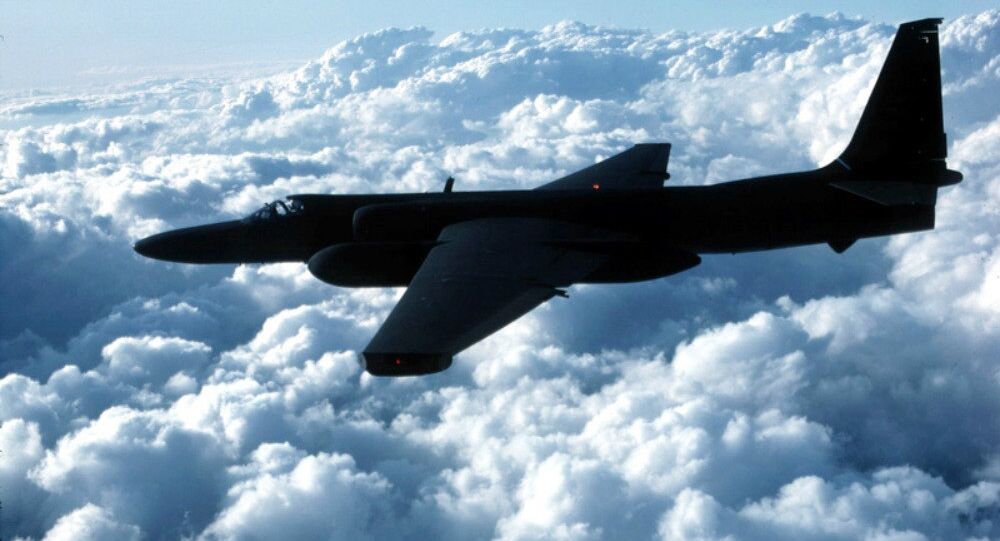 Beijing Urges US to ‘Restrain Frontline Forces’ After Spy Flights, FONOPS Spike by 20% Under Biden

While US spy plane flights near China increased dramatically under former US President Donald Trump, they have only increased further since Joe Biden entered the White House in January. Biden recently told lawmakers the US is competing with China to “win the 21st century.”

Speaking to members of the press on Thursday, Chinese Defense Ministry spokesperson Senior Col. Wu Qian said provocative actions in and near Chinese waters have increased in 2021 and that the US needs to back off.

“Since the current US administration took office, the number of activities conducted by US warships and surveillance aircraft in the sea areas around China has increased by more than 20% and 40% respectively over the same period last year. The US frequently sends ships and aircraft to conduct activities in waters and airspace around China, escalating regional militarization and threatening regional peace and stability,” Wu told reporters.

“China is firmly opposed to that. We urge the US side to strictly restrain its troops on the ground, abide by the ‘Rules of Behaviour for Safety of Air and Maritime Encounters between China and the US’ and ‘International Maritime Collision Prevention Regulations,’ so as to prevent the recurrence of similar dangerous incidents,” he added.

Wu noted in particular that the recent patrol by the US Navy destroyer USS Mustin, which passed just miles from the Chinese aircraft carrier Liaoning in the Philippine Sea, had “seriously obstructed regular training of the Chinese side and threatened the safety of ships and personnel of both sides.”

“It’s of an egregious nature,” Wu added. “The Chinese naval ships on site warned the US ship to leave. The Ministry of National Defense has lodged a solemn representation with the US side in this regard.”

The April 4 incident was accompanied by the release of a photo in which Cmdr. Robert Briggs, commanding officer of the USS Mustin, is seen sitting casually with his legs kicked up as he looks at the Liaoning just a few thousand yards away alongside his executive officer, Cmdr. Richard Slye.

Under the Trump administration, US spy plane flights near the Chinese coast, but especially in the South China Sea, increased dramatically. As Sputnik has reported, this has made the airspace increasingly crowded with aircraft flown not just by the US military, but by Pentagon-employed contractors flying their own spy planes as well.

In January, a US Air Force KC-135 Stratotanker aircraft flying south of Taiwan to refuel US spy planes on patrol flew just 250 feet away from an EVA Air passenger airliner flying from Taipei to Singapore. The close pass, in violation of international air safety regulations, was recorded by a radio operator who caught the airliner warning off the USAF tanker.

The following month and the first full month of Biden’s administration, the US flew an unprecedented 75 spy plane missions near China, and in March, a US Air Force RC-135U Combat Sent reconnaissance aircraft made the closest-ever pass by a US spy plane to the Chinese coast, soaring just 25 nautical miles off the coast near Shantou, at the southern end of the Taiwan Strait.

Under Trump, the US shifted away from the War on Terror and toward “great power competition” with Russia and China, an extension of the Barack Obama-era policies of forward-deployment on Russia’s European border and the “pivot toward Asia” that put Asia and the Indian and Pacific Oceans - collectively termed the “Indo-Pacific” by the Pentagon - at the center of US concerns. Not just a trade war, but an ideological offensive was opened, and competition with China’s rapidly modernizing military took on an increasingly urgent tone.

In the 2020 election campaign, Biden cast Trump as weak on both fronts and promised to stand up to Russia and China. In his joint address to the US Congress on Wednesday, which functioned similarly to a State of the Union address, Biden boasted of his tough measures on both nations.

“In my discussions with President Xi [Jinping], I told him we welcome the competition,’ Biden said. “We’re not looking for conflict. But I made absolutely clear that we’ll defend America’s interests across the board … we’ll maintain a strong relationship in the Indo-Pacific, just as we do for NATO and Europe. Not to start a conflict, but to prevent one.”

Earlier this month, Biden forwarded a $753 billion national security budget request for fiscal year 2022, a 1.6% increase over Trump’s budget for fiscal year 2021. The US spends more on its military than the next several competitors combined, including China. However, even that increase wasn’t enough to satisfy hawkish Republicans, who demanded an increase of between 3-5%.

Wu spoke to this on Thursday, saying some in Washington are “getting really paranoid and keep playing up the so-called ‘China threat’ and "China challenge.’ This reflects a mental illness.”

“This kind of behavior will only harm others and itself and lead to a ‘self-fulfilling prophecy.’ China has no intention to threaten or challenge any country. However, if someone insisted on threatening or challenging China, we would have no choice but to fight back.”