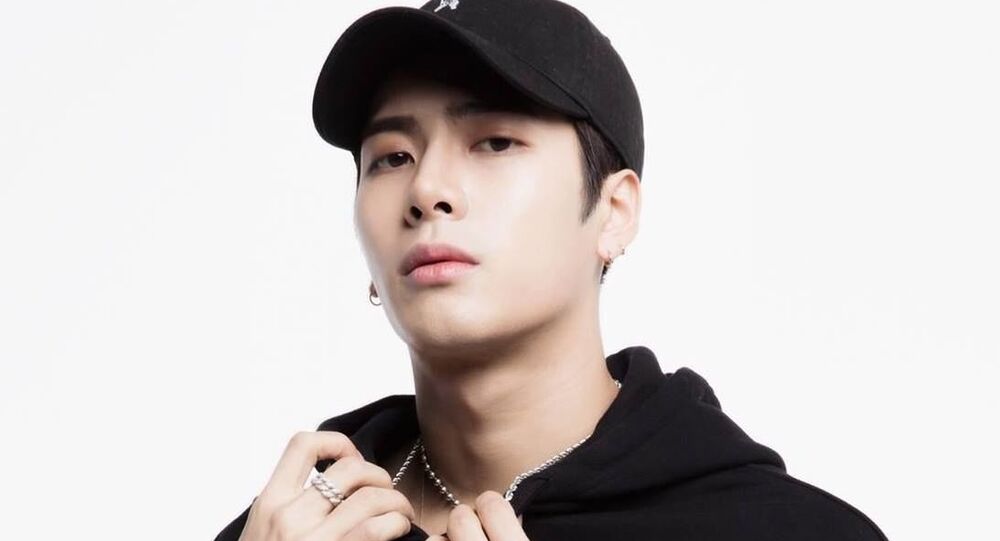 GOT7's Jackson Wang Gets Set to Conquer the Movie Industry

The gifted Chinese rapper, singer and dancer has cast a lingering look at a new field of endeavour so that he can show off an entirely new panoply of talents.

Fans of K-Pop boy band GOT7 are waiting with bated breath to see what's next in store for their beloved Chinese pop idol as he continues his irresistible rise after he and his band mates recently split from their management company JYP Entertainment.

© Photo : got7.with.igot7/instagram
Let's Hope: K-Pop Band GOT7 Drops MV Teaser ‘Encore’
These days Jackson is to be seen in a short film which is being shown at the Shanghai Biennale Art Exhibition titled '爱他，爱她，爱ta (Love Him, Love Her, Love Ta)'. The film will then get a screening at the Power Station of Art, Shanghai's contemporary museum.

The star's official Twitter account, alongside a black and white picture showing off Jackson's ethereal beauty, recently announced that he is one of the eight ambassadors for the Shanghai Biennale Art Event. This year the main theme is “Bodies of Water”.

​Ahgases (the official name for GOT7 fans) were also reeling in disbelief after hearing Jackson's very recognisable vocals on the soundtrack for the new Marvel movie trailer “Shang-Chi & the Legend of the Ten Rings".

88rising, the Asian-American music entertainment agency, has released the trailer and tagged Jackson's official Instagram account, so lots of fans reckon that he worked with Marvel Studios on the original sound track of the new film, making Jackson the first K-Pop idol to make a song for Marvel.