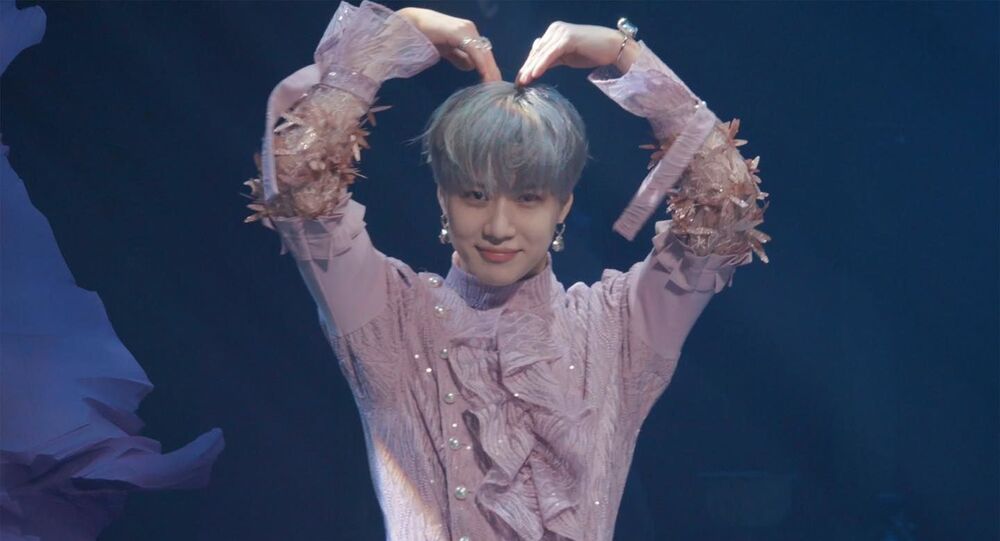 Baby's All Grown Up: SHINee's Taemin to Join the Army This May

Fans of legendary K-Pop boy band SHINee have been dreading this moment for ages - the day the youngest member of their favourite band goes off to join the Army. He's now announced that he'll be starting his national service next month.

Taemin, the beloved “maknae” (the Korean word for the “youngest”), revealed to fans on Monday during the live broadcast of the VLive app that he will be joining the Army on 31 May.

The rest of his fellow SHINee members - Onew, Key and Minho - have already finished their national service.

© Photo : 샤이니(SHINee)/ Facebook
SHINee is Back: Legendary Group Rushes Back Into K-Pop With New Album and MV
SM Entertainment confirmed that Taemin has applied to the Army Military Band and refused to disclose the place and time of his enlistment as he wants to join the Army quietly without any fuss. He will return to his life as a pop star at the end of November next year. Because he's joining the Army, his period of national service will be 18 months (the length of service in the Navy and Air Force is, respectively, 20 and 21 months).

But before he disappears from his fans' sight, he will not only hold a solo concert ‘Beyond LIVE – TAEMIN:NGDA (Never Gonna Dance Again)’ on 2 May but - as he revealed in his broadcast - he will release a new solo album in the second half of May.

Taemin debuted with SHINee in 2008 and has been on the stage since he was 13 years old. During the past 13 years he has developed into a great singer and has shown himself to be possessed of an amazing range of talents.