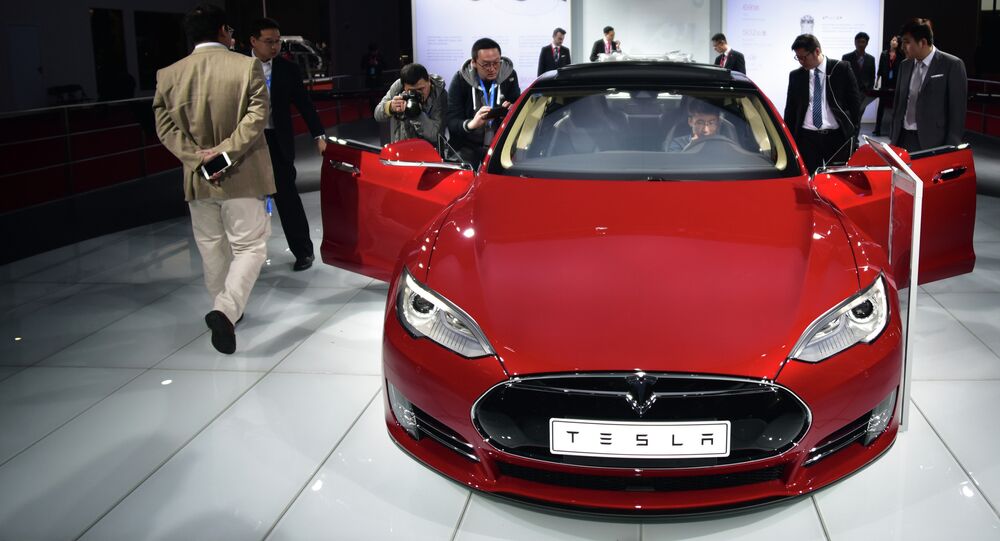 A woman climbed up on a Tesla’s roof during the 19th Shanghai International Automobile Industry Exhibition and started repeatedly yelling "Tesla brakes get out of order", the Global Times reports.

The woman was wearing a T-shirt with the same words.

In February, the Chinese authorities held a meeting with Tesla representatives in the country over customer complaints about battery fires, unexpected acceleration, and brake issues. Following the meeting, China’s State Administration for Market Regulation said it had urged Tesla to operate in accordance with the country's laws and protect customer rights.

© REUTERS / SUN YILEI
Autopiloted Tesla Car With 'No One' Driving Crashes in Texas Leaving Two Men Dead - Report
Back in 2019, CCTV first spotted smoke rising from what looked like a parked Tesla Model S, and then showed it going up in flames. Tesla responded to the incident immediately and sent a team to investigate the matter.

In June 2020, a Tesla car, driven by a 51-year-old woman, crashed into several vehicles and hit pedestrians. The accident left two people dead and six injured. Although it was claimed that the car had gone out of control, Tesla denied these allegations and said in a statement that no signs were detected of the vehicle malfunctioning.