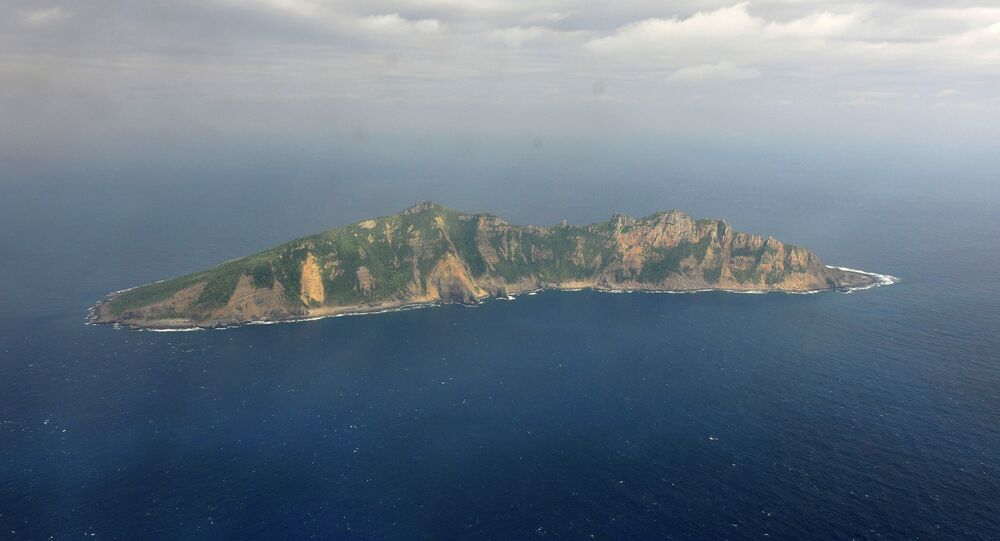 A small unmanned ship was reportedly detected by a Chinese fishing boat in the Yellow Sea earlier this week and is thought to resemble a US-made Wave Glider vessel.

An alleged foreign drone ship, equipped with solar panels, antennas, and surveillance equipment, has been found by Chinese fishermen off the country’s east coast, the state-run news network CCTV reports. Beijing has not commented on the matter yet.

According to the broadcaster, the fishermen handed over the three-metre vehicle to an unspecified national research institute, which described it as “a reconnaissance device secretly placed by a foreign country in China’s waters”.

Tang Jiansheng, a researcher at the institute, told CCTV that the ship was equipped with “many sensors that enabled it to acquire a large amount of ocean environment data”.

#fishermen from #Yancheng, Jiangsu recently pulled #Boeing UUV #drone out of the ocean, netting ... of these things in the water constantly #spying on submarine & ship activityhttps://t.co/f5MKP4M9en
months after #Indonesian fishermen found a Chinese-made #seaglider underwater pic.twitter.com/kBFWZx5WwC

“The three solar panels were supporting those sensors so it could have been working for a long time, continuously collecting data on the marine environment in the waters around China. If it knew the environment well, it put the concealment of our underwater targets at risk”, Tang explained.

The scientist was echoed by Song Zhongping, a Hong Kong-based military commentator and former Chinese People’s Liberation Army instructor, who described the ship as one of the vessels deployed by the US military in “large numbers” in waters near China to keep an eye on Chinese submarines.

“These vehicles can be identified via GPS and they can transfer information via satellite, which makes them more efficient [at collecting information] and a great threat to China’s national security”, Song was quoted by CCTV as saying.

The remarks came amid media reports that the drone ship resembles the US-made autonomous Wave Glider boat, which is wave- and solar-powered.

CCTV, in turn, claimed that the vehicle was found off Yancheng, near the East China Sea, where Beijing and Tokyo are embroiled in a longstanding dispute over the status of a group of uninhabited islands known as the Diaoyu Islands in China and the Senkaku Islands in Japan.

Courtesy of US Pacific Air Forces
Two US B-52 Bombers Fly Over East China Sea - Reports
Tokyo maintains it has had sovereignty over them since 1895, while Beijing claims that the islands are marked as a Chinese territory on Japanese maps circa 1783 and 1785.

Following World War II, the islands were controlled by the United States and handed over to Japan in 1972. China believes Japan illegally seized them, while Tokyo maintains that Beijing began claiming the islands after the 1970s, when the surrounding water area was found to be full of valuable minerals.

The tensions were exacerbated after the Japanese government bought three of the islands from a private owner in 2012.