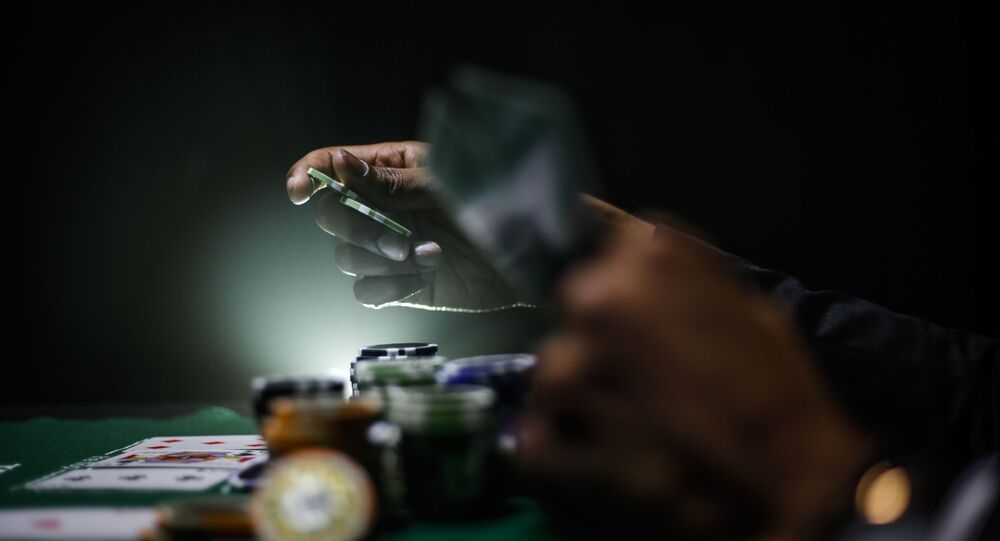 MOSCOW (Sputnik) - The police in Yancheng in eastern China’s Jiangsu province have raided an online service for gambling — illegal in the country — which accepts cryptocurrencies as payment, the local police department said on Friday.

According to a statement from the Yancheng police, the online gambling service is based on an app called "Biggame", which accepts the EOS cryptocurrency from its customers.

The police arrested 25 suspects and confiscated 1.3 million units of cryptocurrency valued over 26 million yuan (about $3.9 million), the statement said.

© REUTERS / Dado Ruvic
Representation of the virtual currency Bitcoin is seen on a motherboard in this picture illustration taken April 24, 2020

According to the police, transactions through the Biggame app topped the daily trading volume chart of the EOS cryptocurrency.

The Yancheng police said the cryptocurrency-based online gambling platform became popular among its customers because it was difficult for users to cheat under such a system.

This was China's first gambling case that involved cryptocurrencies.

Gambling has been illegal in China since 1949.