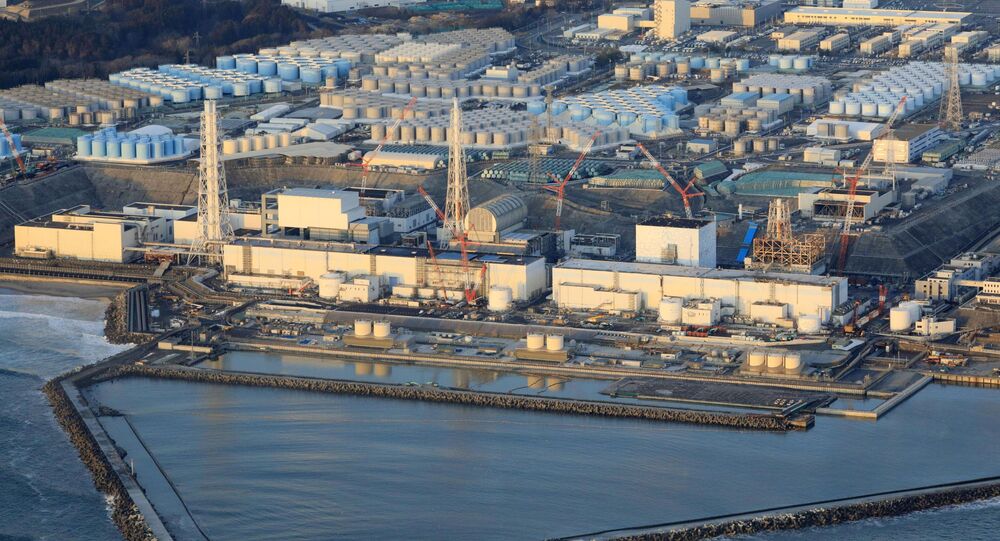 Chinese Foreign Ministry Spokesperson Zhao Lijian said Japanese Deputy Prime Minister Taro Aso should taste the water from the Fukushima Nuclear Plant that Japan is planning to release into the sea. Lijian’s comments followed Aso’s press conference during which he claimed that it's possible to drink the “treated radioactive water" because it's apparently poses no health or environment risks.

"The oceans are not Japan's trash can; and the Pacific Ocean is not Japan's sewer. Japan should not expect the world to pay the bill for its treatment of wastewater. As for the individual Japanese official's remarks that the water is okay to drink, why doesn't he take a sip first? The lesson from Japan's Minamata* disease is not far behind us," Zhao said.

On 14 April, China's Foreign Ministry expressed concerns over Tokyo's decision, adding that Beijing had the right to make further comments on the matter. China was joined by Russia, South Korea, and Taiwan, who also voiced reservations about pumping the water into the sea, arguing it could harm marine life, food safety, and human health.

© REUTERS / KYODO
South Korea Weighs Court Challenge Against Japan Over Decision to Dump Fukushima Water
Japanese media reported earlier this week that Tokyo had finalised its decision to release around 1.25 million tonnes of treated wastewater contaminated by the wrecked Fukushima Daiichi Nuclear Power Plant into the ocean, as the power plant was running out of storage capacity. Despite neighbouring states' concerns, Japan's leadership repeatedly said there would be no negative impact on the environment nor human health.

The Fukushima Daiichi Nuclear Power Plant was heavily damaged in March 2011 after a 9.0-magnitude earthquake in the Pacific Ocean triggered a massive tsunami that hit the plant and caused three nuclear reactors to melt down. Since the incident nearly destroyed the nuclear plant sparking fears of a massive radioactive contamination, Japan started using massive tanks to store contaminated water which was used to cool the reactors.

* Minamata disease, which Zhao Lijian referred to, is a methylmercury poisoning with neurological symptoms first recorded in the Japanese city of Minamata in 1956. As it was later revealed, for decades chemical factories owned by the Chisso Corporation had been releasing methylmercury-laced industrial wastewater into Minamata Bay, contaminating the fish consumed by locals. As a result, hundreds of people developed symptoms including sensory disturbances, ataxia, dysarthria, insanity, and paralysis.

Minamata disease was placed on the list of the so-called “Four Big Pollution Diseases of Japan,” which includes numerous man-made diseases caused by environmental pollution incited by poor handling of industrials waste by Japanese companies.