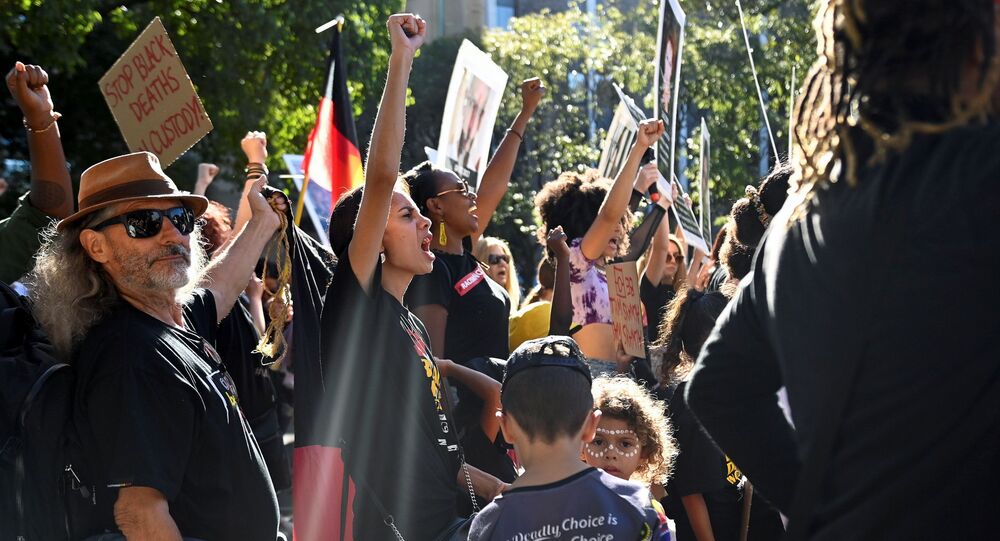 MOSCOW (Sputnik) - Hundreds of people have taken to the streets in Australia calling for justice and change over the "horrific" number of indigenous people dying in local prisons every year, national media reported Saturday.

Protests took place in Sydney, Brisbane, Melbourne, Alice Springs, and Lismore and commemorated the 30th anniversary of the Royal Commission into Aboriginal Deaths in Custody report investigating the causes of death of many indigenous people in custody, ABC News wrote.

The Royal Commission into Aboriginal Deaths in Custody handed in its final report in 1991 where 339 recommendations were made but only several implemented, after having studied a number of documents. Over the past 30 years, more than 470 indigenous people have died in Australian prisons. The last five have died since the beginning of March of this year.

​"Five deaths in five weeks, if that is not telling you that this is a pandemic against our people", Sydney march organiser Lizzie Jarrett said as quoted by ABC News.

Protesters held banners that read "Black Lives Matter" and called on the parliament to take urgent action against the deaths occurring.