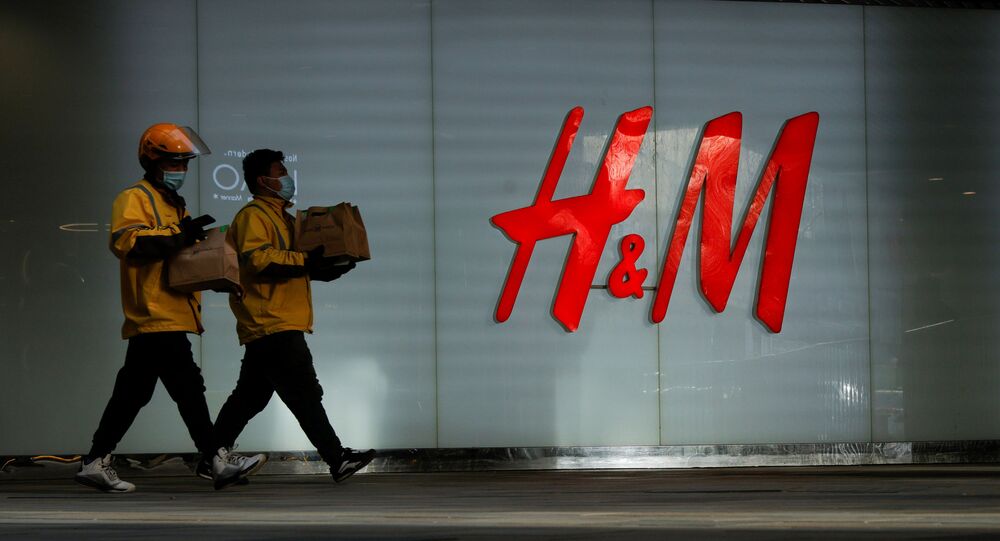 Since the Swedish retailer faced a backlash in China over a year-old statement about the alleged use of forced labour in Xinjiang, the company has reported a pretax loss for the December-February period.

H&M said in a statement on Wednesday that the company is going to regain the trust and confidence of its customers and business partners in China. Speaking about "current challenges", the Swedish retailer highlighted the importance of the Chinese market in the wake of a boycott that targeted H&M, Nike, and several other western companies in China.

"We want to be a responsible buyer, in China and elsewhere, and are now building forward-looking strategies and actively working on next steps with regards to material sourcing. Together with all relevant stakeholders, we want to collaborate to be part of the solution and jointly build a more sustainable fashion industry", the statement reads.

© REUTERS / FLORENCE LO
H&M Store Disappears From Chinese Car App as Backlash Over Xinjiang Allegations Intensifies
Earlier this month, users of the Chinese platform Weibo called for a boycott of H&M after finding a year-old statement on its website saying it stopped sourcing cotton from Xinjiang over the alleged use of forced labour and discrimination against ethno-religious minorities there. China has repeatedly denied these accusations. Following calls for the boycott, H&M disappeared from Chinese app stores and maps, while the company's products were removed from major e-commerce platforms.

Surprisingly, a number of videos have since emerged on Chinese social media platforms showing local people queuing up in front of Nike and Adidas stores because the companies reportedly lowered the prices for their products in the wake of the H&M uproar.