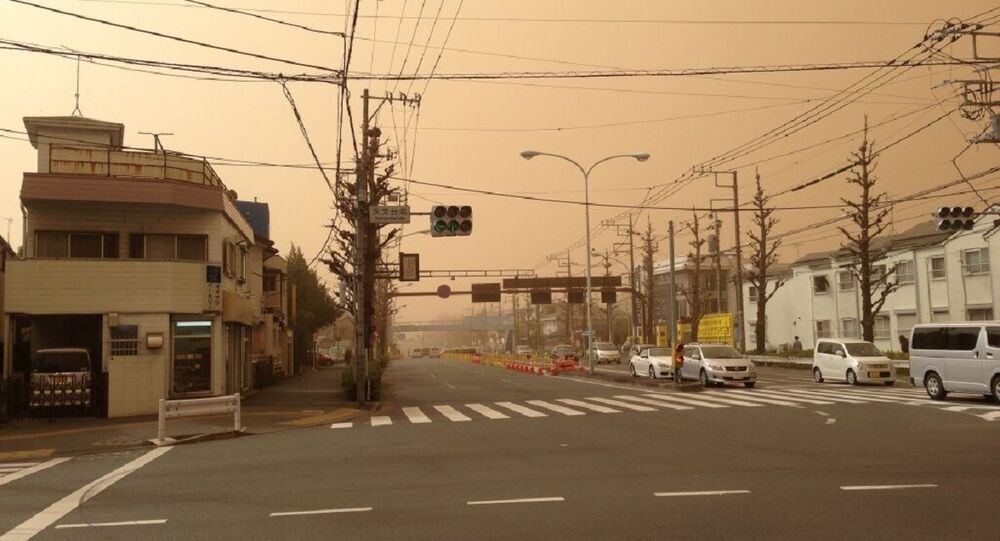 TOKYO (Sputnik) - A cloud of yellow dust from East Asia's Gobi Desert that swept across China and the Korean Peninsula earlier in the month has reached western Japan, the Japanese meteorological agency said on Monday.

According to the agency, visibility amid the dust storm has sunk to 10 kilometers (6 miles). On Tuesday, the dust cloud may reach central and northern parts of Japan. Forecasters warn that visibility may reduce to 5 kilometers, which will require extreme caution when driving.

​The NHK channel is doing live broadcasts from various Japanese cities to track the dust pollution. Especially poor visibility is reported in the southwestern city of Fukuoka.

South Korea, meanwhile, issued a yellow dust alert for Seoul and other parts of the country.

The Korea Meteorological Administration (KMA) asked those with respiratory or cardiovascular diseases, children and other risk groups to stay home.

The warning comes as the density of fine dust particles smaller than 10 micrometers in diameters, known as PM10, rose to the "very bad" level in the Seoul Capital Area and beyond, according to the KMA.

The concentration is expected to remain at the "very bad" level throughout the day until falling to the "bad" level on Tuesday.

In mid-March, Beijing was hit by the worst sandstorm in 10 years, followed by another one two weeks later, pushing air pollution to dangerous levels. According to China, the sandstorm moved to Beijing from Mongolia, where it originated. The wind has since moved clouds of dust toward the Korean Peninsula and Japan.

Forecasters explain that sandstorms occur due to low precipitation in deserts and are likely to continue in April.