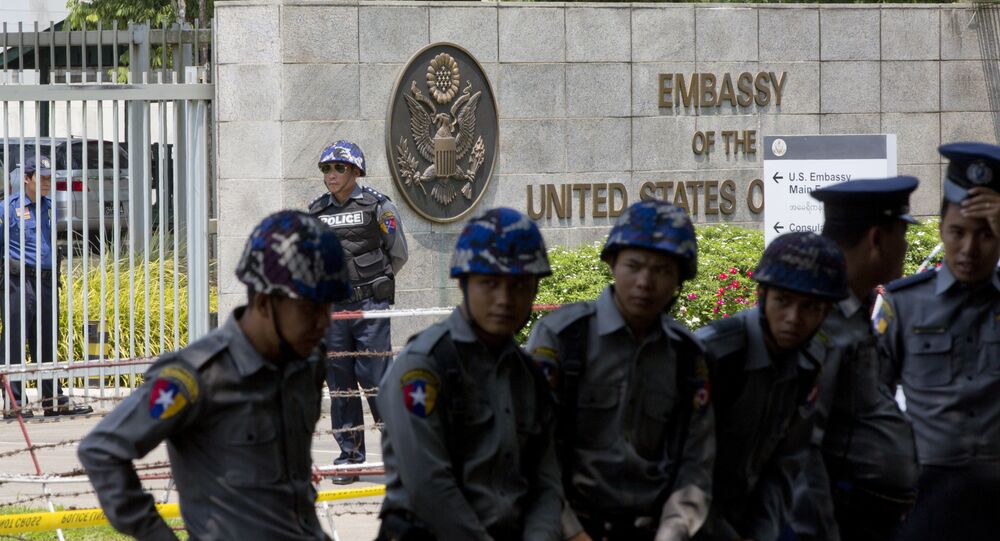 Earlier, UN Special Envoy on Myanmar Christine Schraner Burgener called on the country's military to uphold fundamental human rights and demonstrate utmost restraint in the context of the anti-coup protests.

Gunshots were fired at the US cultural centre in Yangon but caused no injuries, according to an embassy spokesperson.

"We can confirm that shots were fired at the American Center Yangon on 27 March. There were no injuries. We are investigating the incident," embassy spokesperson Aryani Manring said.

At least 91 people were killed during ongoing protests against the military rule in Myanmar on Saturday, media reported.

Fatalities are reported in the cities of Yangon, Bago, Mandalay and surrounding regions.

The news agency stresses that the crackdown comes as the military celebrates Armed Forces’ Day.

On Thursday, the US government imposed what it described as the most significant sanctions so far since the 1 February coup in Myanmar on two major military-controlled companies that run much of the nation's economy.

On 1 February, Myanmar's military overthrew the civilian government and declared a year-long state of emergency. The military also arrested the State Counselor and the President over alleged electoral fraud and later, on charges of violating COVID-19 restrictions.

The coup triggered mass protests that continue for the sixth week. Over 70 percent of government employees have now joined the civil disobedience movement in the country.