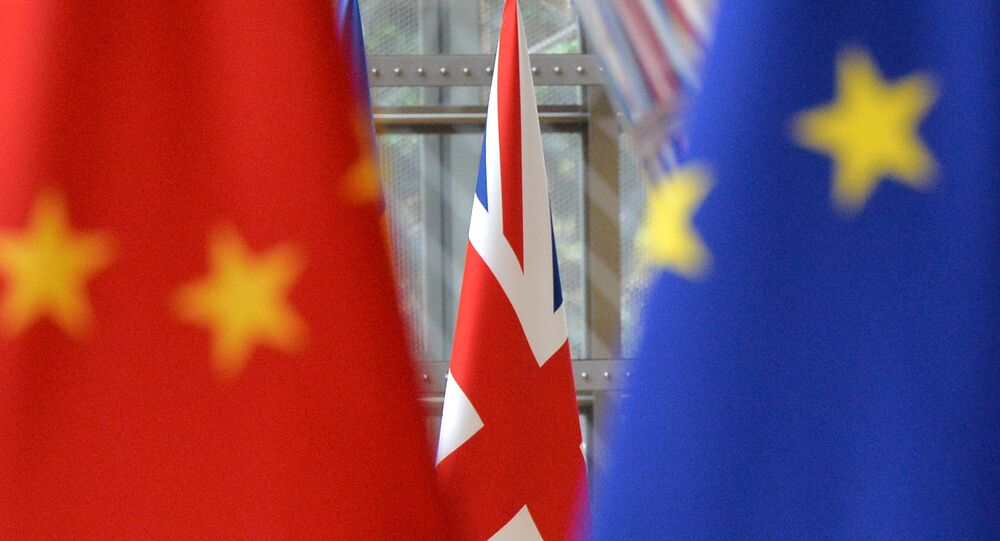 Earlier, the United Kingdom imposed sanctions on Beijing based on allegations of human rights abuse in Xinjiang. The move was slammed by China as "based on nothing but lies and disinformation."

China's Foreign Ministry announced on Thursday that it will impose sanctions on several UK entities and individuals, following allegations of human rights abuse in the region of Xinjiang.

"As of today, the individuals concerned and their immediate family members are prohibited from entering the mainland, Hong Kong and Macao of China. Their property in China will be frozen, and Chinese citizens and institutions will be prohibited from doing business with them. China reserves the right to take further measures", the foreign ministry stated.

Earlier, the United Kingdom sanctioned the government of Chinese President Xi Jinping over allegations of human rights abuses in Xinjiang. According to Beijing, the accusations are based on "nothing but lies and disinformation". After London slapped sanctions on the Beijing government, the British Ambassador to China was summoned by Vice Foreign Minister Qin Gang, who condemned the move and pledged "legitimate responses to UK's wrongdoings."

Chinese Foreign Ministry spokeswoman Hua Chunying, commenting on the matter earlier in the week, said that allegations of human rights abuse are "a pretext for interfering in China's internal affairs and frustrate China's development."

"People of all ethnic groups in Xinjiang, including the Uyghurs, enjoy each and every constitutional and lawful right. The fact that Xinjiang residents of various ethnic groups enjoy stability, security, development and progress, makes it one of the most successful human rights stories," she insisted.

Earlier in the week, the United States, the United Kingdom, Canada, New Zealand and Australia in a joint statement denounced China for alleged human rights violations in the Xinjiang province, calling on Beijing to stop its "repressive practices" in the region.

On Monday, China imposed counter-sanctions against ten Europeans, including members of the European Parliament, along with four organizations, responding to sanctions earlier imposed by the bloc.

“China decided to sanction ten people and four organizations who seriously harmed the country’s sovereignty and interests by spreading lies and false information with evil intent,” Beijing said in a statement.

Earlier, Western countries described the situation in Xinjiang as a "genocide" of the Uyghur ethnic group, particularly claiming that Uyghurs are being sent to "re-education camps", claims that Beijing has consistently denied.