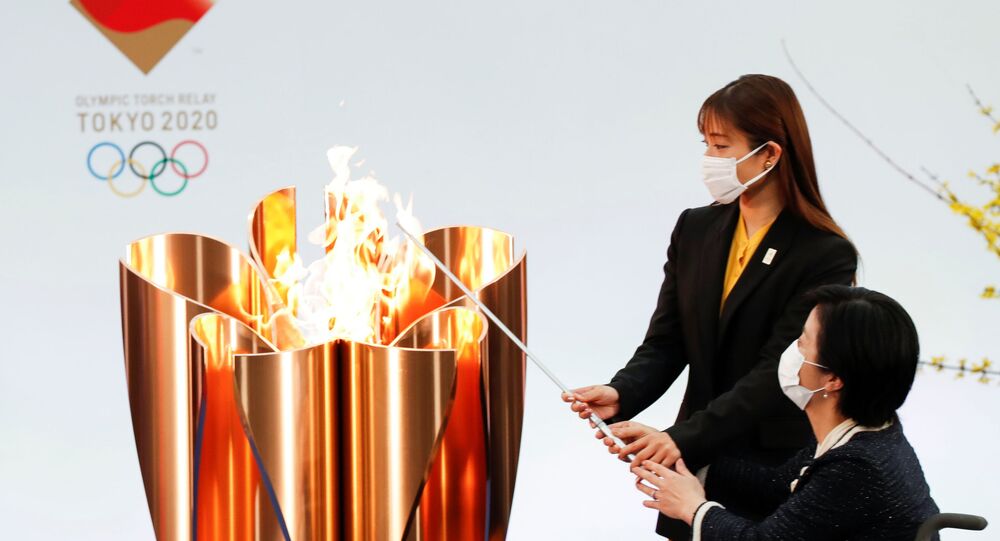 The Olympic Torch Relay is a significant event that goes deep into the history of the Olympic Games that have experienced extraordinary challenges over the last year. The race will last for 121 days across all 47 prefectures in Japan, to Tokyo, where the Olympic Games are expected to begin on July 23.

The Olympic torch relay started on Thursday in the Fukushima prefecture in northeastern Japan, at the J-Village football training centre. The organizing committee broadcasts the event on YouTube, as the presence of the press is limited due to the COVID-19 pandemic.

The first torchbearers are members of Japan's women’s football team that won the 2011 World Championship in Germany. The first runner was 34-year-old footballer Azusa Iwashimizu, who played on the Japanese national team from 2006 to 2016. Nearly 10,000 runners are expected to participate in an Olympic torch relay that will cover 47 Japanese prefectures.

The ceremony preceding the relay included a spectacular show, with actors in samurai costumes, drummers and dancers. Fukushima students presented paintings with flying cranes and whales jumping out of the water, in honor of the Olympics. The musical performances included a choir of Japanese schoolchildren singing Hana wa saku ("Flowers bloom"), composed with the support of NHK TV as part of a charitable program to benefit regions affected by the March 2011 earthquake and tsunami.

Finally, a lamp with the Olympic flame from Greece was brought to the stage to light the torch of the relay.

The relay has become a trial sporting mass event in the run-up to the Olympic Games itself, organized in extremely difficult conditions due to the pandemic. More that 15,000 athletes that will participate in the Olympics, and their support staff, will face coronavirus-related restrictions while fears of COVID-19 surge due to the event are circulating in Japan. Sport fans along with most volunteers were banned to travel to Japan to see the competitions.

The Tokyo Olympics were supposed to take place from July 24 to August 9, 2020, but the competition was postponed for a year due to the pandemic and will be held from 23 July to 8 August 2021.

Japan to Lose Some $1.4Bln Over Decision to Hold Tokyo Olympics Without Foreign Spectators