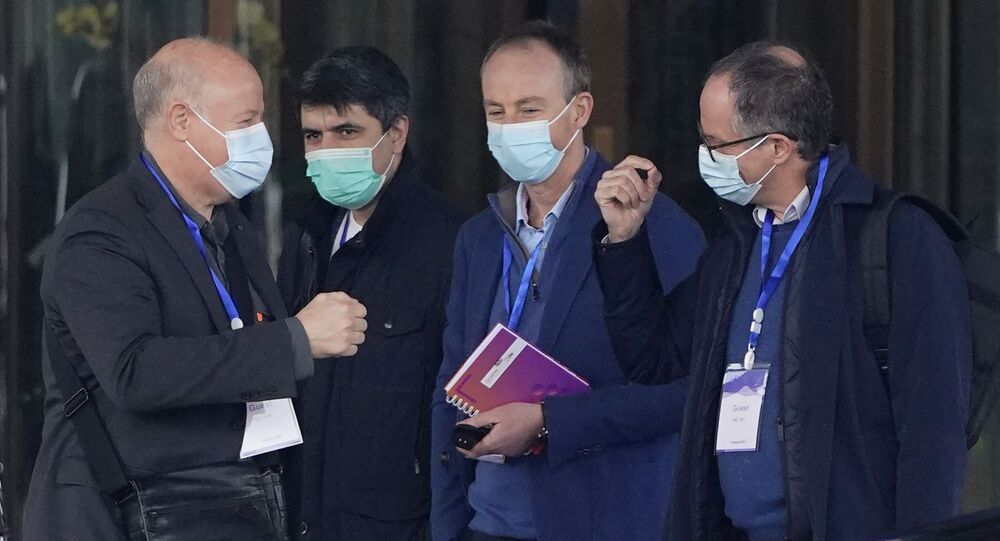 The much-anticipated WHO report on COVID-19's origins is slated for release this week.

Live animals like civets, which are capable of carrying coronaviruses, kept and sold at Huanan food market in downtown Wuhan likely transferred COVID from bats to humans, zoologist Peter Daszak said. The market was where the first outbreak was recorded.

Daszak was part of the WHO research team that visited Wuhan to find the source of the infection.

“The main conclusion from this stage of the work – and it’s not over yet of course – is that the exact same pathway by which SARS emerged was alive and well for the emergence of COVID,” said Daszak, quoted by Bloomberg.

He noted that the market was the “perfect place” for an outbreak to occur due to large crowds, lots of animal products, and “suboptimal” drainage and ventilation.

Daszak revealed on National Public Radio that the WHO team found evidence that wildlife farms in southern China were supplying sellers at the Huanan market. They also found a route from the southern provinces, including Yunnan, to Wuhan.

The closest known coronavirus to SARS-CoV-2 was found in 2013 in horseshoe bats in Yunnan.

“It provides a link and a pathway by which a virus could convincingly spillover from wildlife into either people or animals farmed in the region, and then shipped into a market by some means,” Daszak said.

On 24 February 2020, the Standing Committee of the National People’s Congress made an urgent decision to expand the scope of China’s Wildlife Protection Law to ban the consumption of almost all wild animals, after President Xi Jinping said that the consumption of wild meat posed a huge risk to public health.

Daszak said that “The reason was, back in February 2020, they believed this was the most likely pathway.” He added that the imminent WHO report will back this up.

The four-week WHO mission in Wuhan ended on 10 February. Experts probed several sites under suspicion of being the original source of the virus, including the BSL-4 lab in the Wuhan Institute of Virology. The mission concluded that it was unlikely the virus originated there, a theory pushed by the Trump administration. The wet market's role in the spread has not yet been clarified.

The US and China have been pointing fingers at each other about the origins of COVID-19 for nearly a year now. Washington claimed that the virus may have escaped from the bio lab in Wuhan, while Beijing suggested the US Army may have spread the virus in the city during the 2019 Military World Games.

In April last year, WHO released a statement saying that all available evidence suggests SARS-CoV-2 is of animal origin and not man-made.