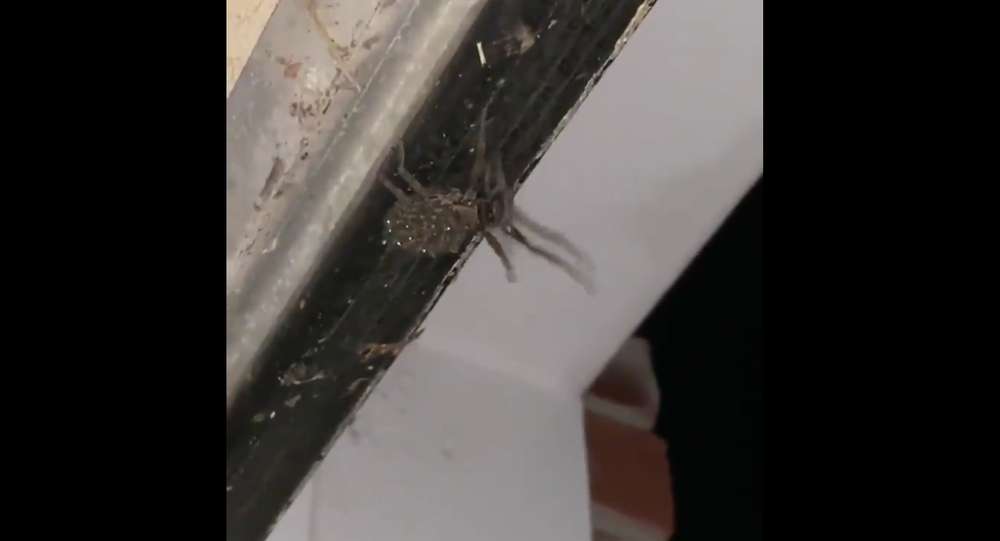 The spiders were later identified as Tiger Spiders. Although they are venomous, they only bite if continually provoked, causing swelling, mild pain, and itching.

Thousands of spiders were forced to escape their homes amid heavy floods in Australia’s New South Wales.

The spiders were running from Kinchela Creek, amid rising floodwaters. A number of locals reported the phenomenon.

“The spiders all crawled up onto the house, on to fences and whatever they can get on to,” Matt Lovenfosse told Guardian Australia after the spiders crossed his property.

Another local resident, Melanie Williams, told ABC that thousands of spiders scaled the fence in her front yard. "I had never seen anything like it before," she said.

A resident on the NSW Mid-North Coast has snapped photos of a plague of spiders climbing the fence in her front yard to escape rising floodwaters.

“What happens with the floods is all these animals that spend their lives cryptically on the ground can't live there anymore," the professor said. “The spiders are the really obvious ones as they throw out their webs. The spiders are trying to get to higher ground during a flood, he explained.

New South Wales has been hit by heavy rains recently, with communities along the Hawkesbury River bracing for consequent massive flooding. The Bureau of Meteorology on Sunday said it expected Monday to bring a flooding event to the area north-west of Sydney which is projected to be the worst since November 1961.

Many areas across #NSW currently resemble an inland sea. Once the rain stops & the water begins to reside, there will be a massive combined effort to clean up. However until that happens, listen to warnings, follow the @NSWSES advice, look out for family, friends & neighbours. pic.twitter.com/vhDqxkw40E

​The state’s prime minister said on Monday that around 18,000 people have left their homes, adding that heavy rains would continue and calling for locals to be careful.