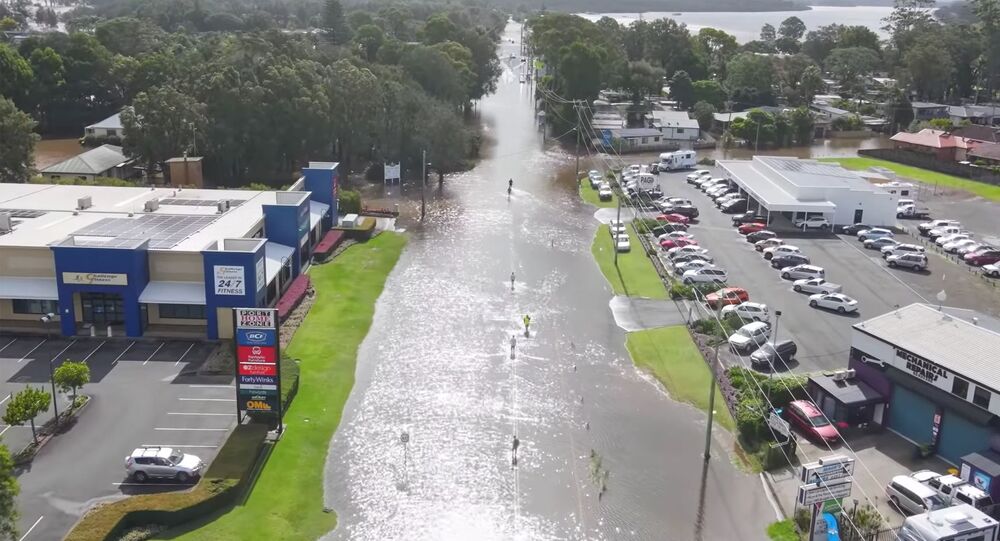 MOSCOW (Sputnik) - Residents in the outskirts of Sydney are told to evacuate as floodwater levels continue to rise in Australia's New South Wales (NSW) region, the State Emergency Service (SES) said on Sunday.

Outrage in Sydney ..
People have been told to Evacuate ASAP ..
Sydney Flood

​Residents of Cornwallis and Pitt Town North bordering Hawkesbury River found themselves at risk of being cut off and were urged to evacuate as soon as possible.

There are major floods at the fringe of Sydney, Australia

How many "one in 100-year events" do we need each year for Australia to free itself from the clutches of coal, oil & gas?#climate pic.twitter.com/3JYPBCrjok

​"If floodwaters reach 8.19m on the Windsor gauge, escape routes will be cut and as flood waters rise, the area will flood. If you remain in the area, you may become trapped without power, water and other essential services and it may be too dangerous for NSW SES to rescue you," SES said in an evacuation warning issued for Cornwallis on their website.

An evacuation centre has been set up at the Richmond Club for those who are unable to stay with friends and family. A number of roads and bridges have already been closed off due to flooding.

Over 100mm of rain fell overnight and more is expected to come throughout this day and the next one.

The Bureau of Meteorology (BOM) issued a flood warning for Gloucester and Manning Rivers, which are further up north from Sydney. This flood is one of the biggest since 1964, BOM says.

"It is one of the biggest floods we are likely to see for a very long time," National Flood Service Manager at BOM Justin Robinson told 9 News.

Millions across the state are urged to stay at home as BOM warns the weather situation will stay "volatile, dangerous and dynamic". According to SES, the emergency service saw 1,940 calls or help since last night.