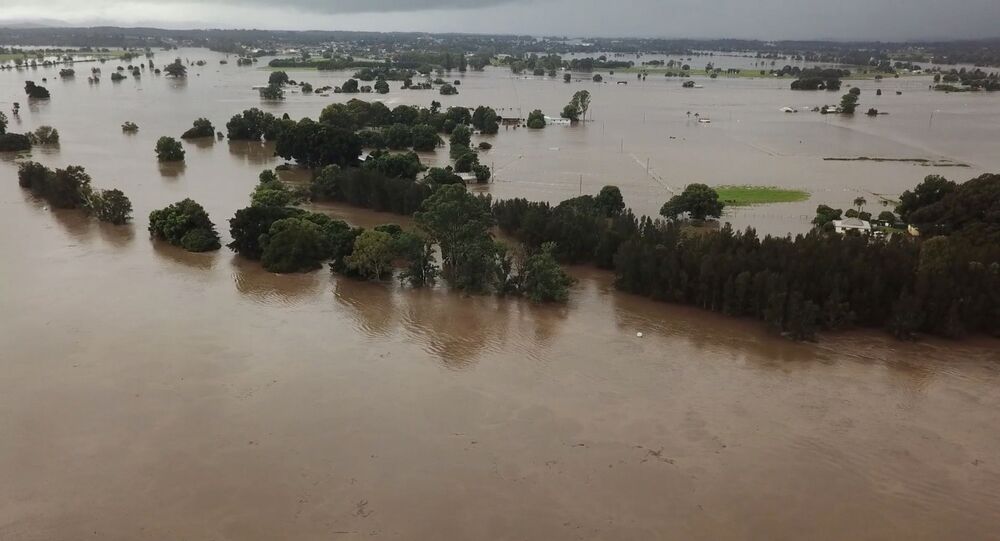 MOSCOW (Sputnik) - Residents of Picton, a town in greater Sydney, are advised to prepare for a potential evacuation amid the danger of flooding in Australia's New South Wales (NSW), the State Emergency Service said Saturday.

"As a result of rising flood waters people within the Picton CBD should prepare to evacuate," the service said.

The weather situation in the area remains "volatile, dangerous & dynamic," Australia's Bureau of Meteorology tweeted. Reduced visibility in heavy rain and flooded roads will make driving conditions dangerous across all suburbs on Saturday and early Sunday, so the weather service is urging extreme caution.

⚠️ Heavy rain continuing in the #Kimberley - particularly in the Fitzroy and West Kimberley catchments. #Flood Warnings and Watches current see the latest at https://t.co/t6vctVkI5Q - Plan your travel due to multiple road impacts at @WA_Roads and follow advice from @dfes_wa pic.twitter.com/7XsDKWjqG4

​As a result of the heavy rainfall, Sydney's main water source Warragamba Dam has spilt over, with the water levels now rising in other waterways in the city. Residents of NSW Mid-North Coast are on high alert tonight, with concerns the Macleay River may break out of its banks.

"The last time we got major floods in the NSW the weather event passed in two or three days, unfortunately, this will be a deep-seated, extreme weather event, likely to rain until towards the end of next week on Thursday or Friday," NSW Premier Gladys Berejiklian said as quoted by 9 News website.

According to Berejiklian, the SES responded to 4,000 callouts and 500 direct flood rescues in the past 24 hours.

One thing about Australia.
When things are getting a little boring mother nature puts on a show.

I laugh at the morons who lose their cars driving through flood waters. Sadly, they tie up the #SES who rescue them from stupidity. Shout out to the Burns Road moron. #NSWFloods pic.twitter.com/uZkVZDAmsn