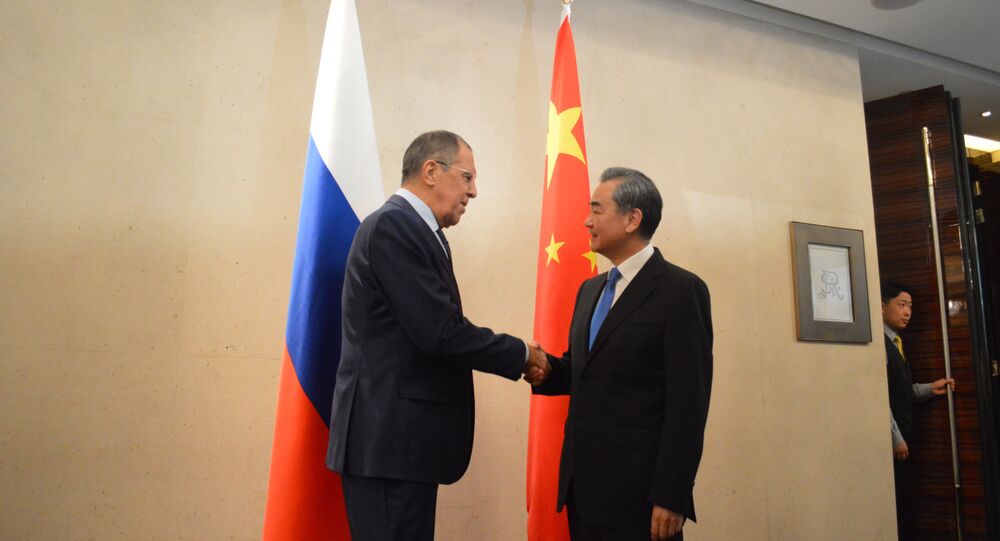 In the face of mutual pressure from the United States, Russia and China have grown increasingly close in recent years, although both nations continue to strictly adhere to the principles of non-alignment.

According to the release, Lavrov’s visit will be at the request of Chinese State Councilor and Foreign Minister Wang Yi, who is presently in Anchorage, Alaska, alongside the Communist Party of China’s foreign policy chief, Yang Jiechi, for a 2+2 summit with US Secretary of State Antony Blinken and White House national security adviser Jake Sullivan.

The March 18-19 summit is being held at the invitation of the United States, but so far, Washington diplomats have postured against the idea of the meeting opening a new dialogue. The State Department has said its primary concerns at the conference are pressuring China on Xinjiang, the South China Sea, and the origins of COVID-19. Still, Chinese leaders have maintained they believe continued dialogue between the two world powers can only be a good thing.

Wang’s meeting with Lavrov will be on March 22 and 23. That will be several days after the Alaska summit, which will likely be the focus. It will also be the first time the two chief diplomats have met since Biden took office in January, signaling a potential shift away from the policies of his predecessors, US President Donald Trump, who amplified US hostility to both nations.

Early in Trump’s presidency, the White House and Pentagon laid out a decisive shift in US military strategy away from the War on Terror and toward “inter-state strategic competition” with Russia and China. Biden’s policy thus far seems to deviate from that approach very little, with his administration implementing a slew of new sanctions on both nations, as well as labeling them human rights violators.

Zhang Hanhui, the Chinese ambassador to Moscow, told Interfax earlier this month that as the world’s two largest countries, China and Russia “have a wide range of common interests in maintaining peace and stability around the world and in promoting global development and prosperity, and they bear a particularly important responsibility,”

“We are ready to maintain interaction with the Russian side in the sphere of relations between our countries and the United States and to defend even better the strategic interests and development interests of the two countries,” Zhang said. He added that Sino-Russian military-technical cooperation “embodies the spirit of strategic mutual trust and strategic interaction” and has helped promote regional stability.

Zhang also encouraged Washington, on the 50th anniversary of the “Ping Pong Diplomacy” that helped pave the way to normalization of relations between China and the US, to correct its past mistakes and “learn to coexist peacefully with countries with different histories, cultures and systems.”

Indeed, a similar burial of the hatchet has already taken place between Russia and China, which were once bitter enemies for much of the mid-20th century despite both being socialist states at the time. While the Soviet Union is gone and Russia is no longer run by a dictatorship of the proletariat, the two powers have nonetheless founded a “comprehensive strategic partnership” that, while not a formal alliance, entails a great degree of political, military, economic, and scientific cooperation.

The two nations also cooperate on economic ventures including the Eurasian Economic Union, Belt and Road Initiative, and Shanghai Cooperation Organization, all of which major international framework meetings are scheduled for this year, according to the South China Morning Post.

However, it isn’t just China that’s conferring with its friends in conjunction with the Alaska summit: Blinken arrived in the northerly US state fresh from meetings with leaders in South Korea and Japan alongside US Defense Secretary Lloyd Austin. Austin will, in turn, accompany Biden on a tour of US partners in the Pacific and Indian Oceans, including the other three members of the “Quad” group - Japan, Australia, and India. Although also not an explicit alliance, it is broadly understood as an anti-China pact, and each nation has had major diplomatic quarrels with Beijing in recent years.