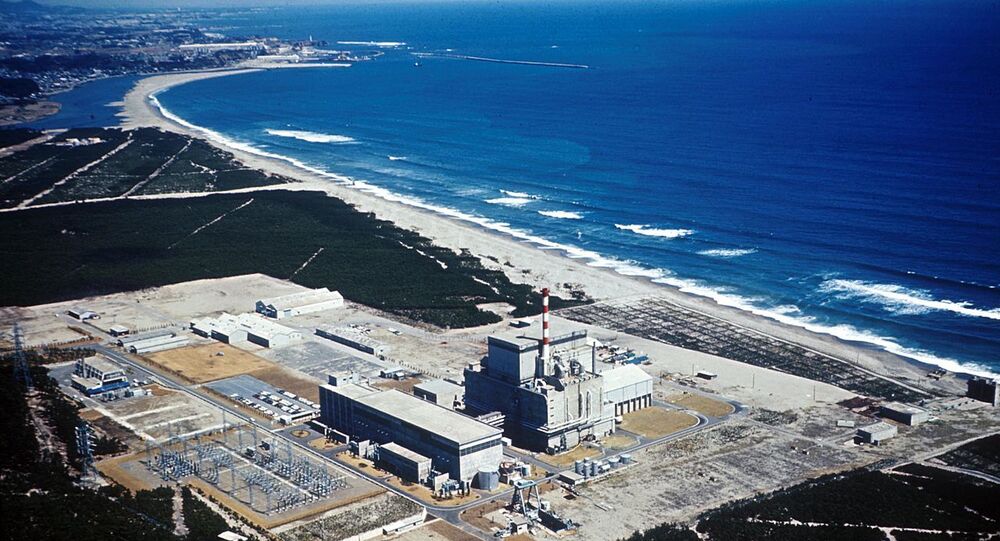 MOSCOW (Sputnik) - A Japanese court ordered a suspension of the Tokai 2 nuclear power plant in Japan's Ibaraki prefecture, which has been set to restart by 2022 after remaining idle since 2011 when the earthquake forced the plant to automatically shut down, local news reported on Thursday.

The decision came after residents of Ibaraki and surrounding prefectures filed a civil lawsuit demanding that the plant's operator, the Japan Atomic Power Co (JAPC), stop its operation, the Kyodo news agency stated.

The JAPC applied with Japan's Nuclear Regulation Authority in 2014 to restart the plant after its boiling water reactor lost external power and automatically shut down during the 2011 earthquake that led to the Fukushima disaster.

© REUTERS / POOL
FILE PHOTO: Members of the media and Tokyo Electric Power Co. (TEPCO) employees wearing protective suits and masks walk down the steps of a fuel-handling machine at the spent fuel pool inside the No.4 reactor building at the tsunami-crippled TEPCO's Fukushima Daiichi nuclear power plant in Fukushima prefecture November 7, 2013.

The plant was built in 1978 and was set to decommission after 40 years of commercial operation under Japanese regulations. However, the reactor can run for additional 20 years after being approved by the country's nuclear watchdog.

According to Kyodo, the JAPC has been upgrading the utility to meet stricter regulations set after the Fukushima nuclear disaster and expects to restart the Tokai plant by December 2022 after gaining the extension approval.