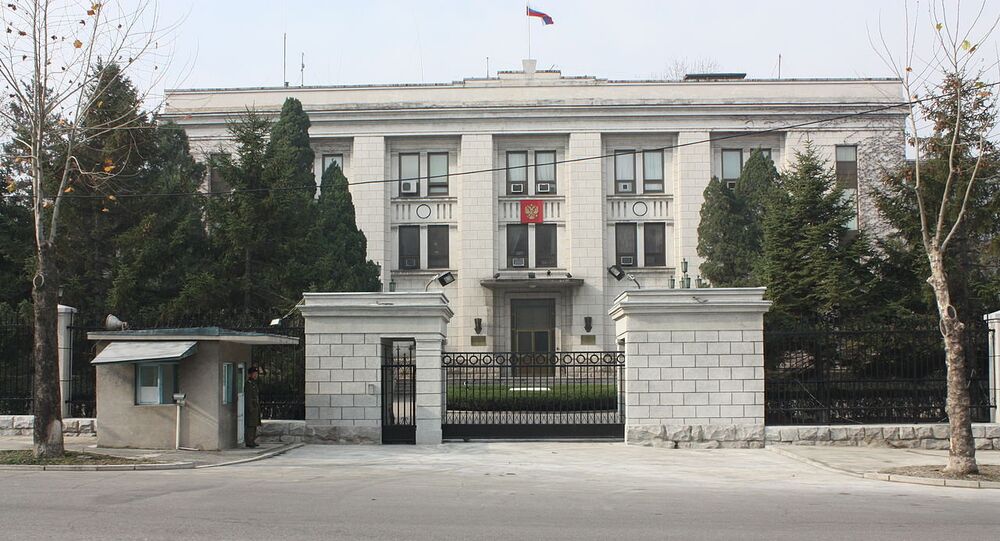 Diplomats in North Korea Banned From Going Outside

The ban comes as part of a list of measures aimed to counter the spread of the coronavirus, as well as an approaching dust storm akin to the one that Beijing has just suffered from.

Foreign diplomats residing in Pyongyang are prohibited from going out into the streets on Tuesday, 16 March, the Russian Embassy in North Korea announced on its Facebook page.

The embassy stated they received a respective note to this end the day before, on 15 March. The ban covers local and foreign personnel of all foreign embassies without exceptions, with the measure effective from 5 a.m. until 10 p.m. local time.

According to employees of the Russian diplomatic mission, the ban is part of a broader range of anti-pandemic measures, as well as those against a dust storm that is currently approaching North Korea, and its possible repercussions.

Earlier, a powerful sand storm originating in Mongolia hit Beijing, painting the skies above the Chinese capital all orange. The storm has since led to grave air pollution, with meteorologists issuing a yellow level danger warning.