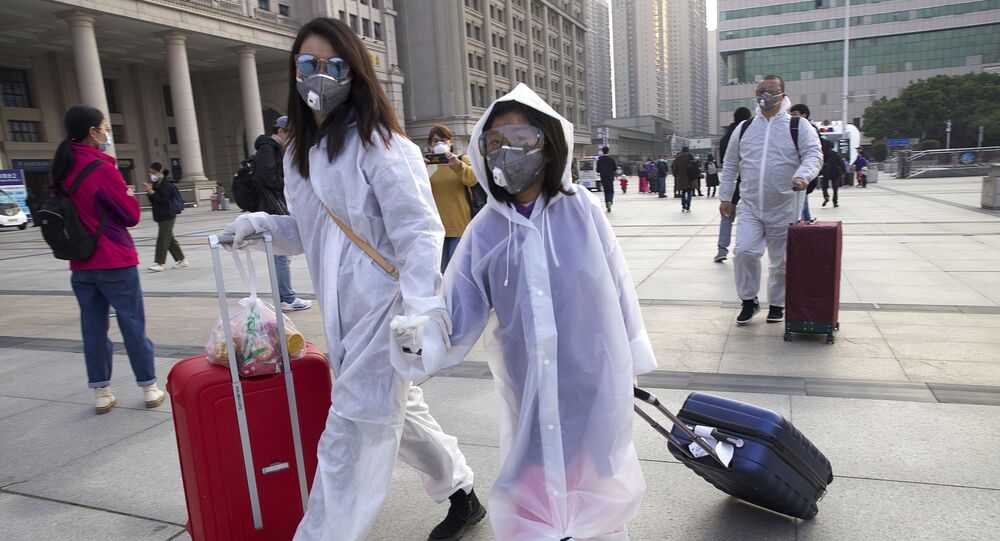 Although the international community does not neglect China’s initiative to use the so-called digital health certificates in global travel, such issues as lack of data on the Chinese vaccine and digital data transparency could slow the process of vaccine recognition.

The debate over the "passport" has been raging for months, with several countries coming up with their concepts and visions for the document. China, for its part, was one of the first countries to embrace the idea and upgrade it for digital use. The launch of the so-called "coronavirus vaccine passports" (疫苗护照) was announced after the end of the National People’s Congress in Beijing on March 11.

In general, the concept of passports implies a documented confirmation of a person being inoculated against COVID-19 and/or developed antibodies, which, if mutually recognised by countries, allows international travel. The reality is that countries use different vaccines, so making each country's 'passport' reliable, would require confirmation of the vaccines' reliability through scientific reviews, etc.

© REUTERS / DADO RUVIC
Idea to Introduce COVID Passports in EU Goes Against Voluntary Vaccination, Russian FM Lavrov Says
This is where foreign nations are stumbling, when Beijing proposes to use 'vaccine passports'. The Chinese government has not shared many details on its coronavirus vaccines, making it hard for western nations to agree on recognising China's 'vaccine passports'.

Commenting on Beijing’s initiative, Israel’s ambassador to China Irit Ben Abba told the SCMP that the global community needs to understand what the Chinese coronavirus vaccine is like before opening borders to the Chinese inoculated citizens.

“And China would probably like to understand the effects of the vaccine that we are using,” Irit Ben Abba added.

Although two Chinese vaccines are now being reviewed by the World Health Organisation (WHO) - those of Sinopharm and Sinovac - some European diplomats are keeping an eye out to see that not too many Beijing-produced vials get into European countries. Of those concerns that matter, the lack of data on safety and efficacy of the Chinese vaccine is one of the most significant ones, according to one of the European diplomats.

“I just don’t see EU countries will readily recognise a vaccine just because the WHO did, or it will be a very big pressure to hold political responsibility for whoever makes that decision,” the SCMP cited the unnamed diplomat as saying.

Vaccine recognition is becoming a matter of vital importance both for Beijing - as the country has been getting ready to host the 2022 Winter Olympics with spectators - and for foreign nations, as the European and American economies have been struggling to survive in the wake of the coronavirus pandemic. However, according to another diplomat who remained anonymous while speaking to the SCMP, there is still much work to do, as the pandemic may evolve into a new form of mutation and thus hamper efforts on mass vaccinations.

“It’s still probably too early really to know the duration of protection afforded by vaccines. It’s possible that some parts of the world will have outbreaks with newer variants that evade the present crop of vaccines and those areas will be less permissive when it comes to vaccine passports,” the diplomat said.

In November 2020, speaking at a G20 summit, Chinese President Xi Jinping suggested the implementation of a global QR code system to standardise policies and efforts in the fight against the COVID-19 pandemic. By that time, Beijing had already implemented a digital tracking system that identified whether a person visited an area where the coronavirus had been identified within 14 days.