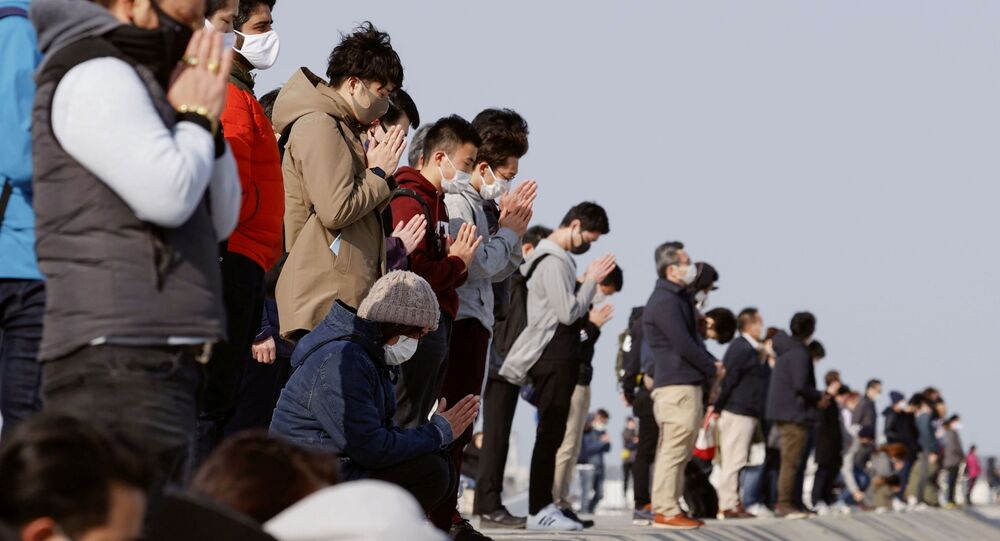 Japan Mourns Victims of 2011 Natural Disaster With Minute of Silence

TOKYO (Sputnik) - Observing a minute of silence, Japan on Thursday honoured the memory of those who perished in the 2011 earthquake that was followed by a devastating tsunami and the accident at the Fukushima nuclear power plant.

The ceremony in Tokyo was attended by Emperor Naruhito, Empress Masako, Prime Minister Yoshihide Suga and relatives of the natural disaster's victims. The number of participants was limited due to the ongoing coronavirus pandemic.

Last year's ceremony was canceled altogether amid the spread of the coronavirus.

At 02:46 p.m. local time (05:46 GMT) sharp, the minute the powerful earthquake hit Japan back in 2011, citizens of the hardest-hit prefectures of Fukushima, Iwate and Miyagi also held minutes of silence and laid flowers to commemorative monuments.

On March 11, 2011, Japan was hit by a 9.0 magnitude offshore earthquake that triggered a 46-foot tsunami and a subsequent meltdown of three nuclear reactors at the Fukushima Daiichi power plant in the Fukushima prefecture.

The disaster resulted in 22,200 people dead or missing.