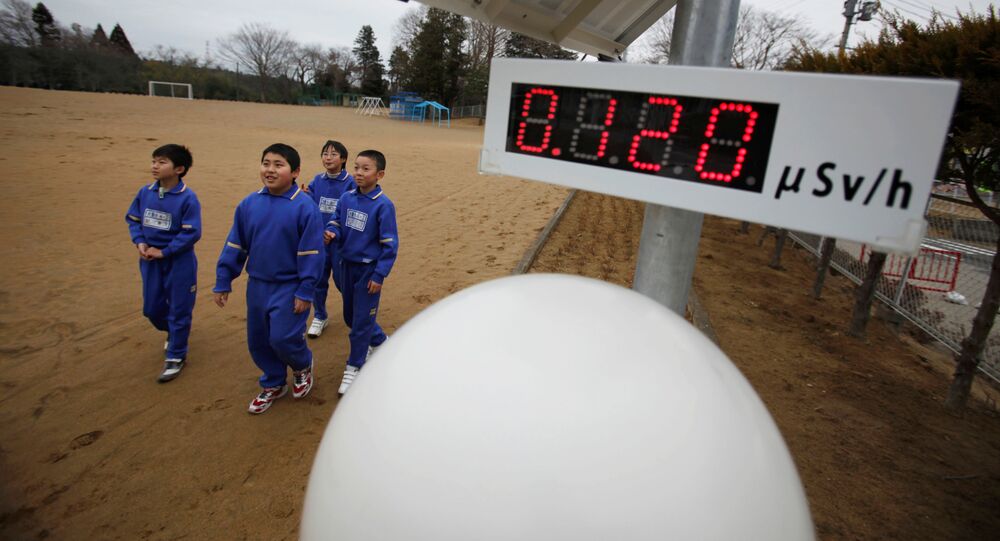 Ten years have passed since the Great East Japan Earthquake. Amid calls to put the past into oblivion, one figure who continues to regularly broadcast the voices of the Fukushima earthquake victims stands out.

This person is Ayano Kubota, a co-founder of the radio programme “Voice of Fukushima”, which tells the story of what Fukushima looks like after the disaster and why it is so fascinating. Ms Kubota teaches the art of radio and television journalism to elementary schoolchildren at a school built in 2011 for evacuees from the disaster area. She helps children learn more about the terrible earthquake and then tells others about it.

Sputnik asked Ayano Kubota to speak about media outlets that were in the region at the time of the disaster and how they operated.

In the year following the earthquake, Ayano Kubota launched Voice of Fukushima with Masahiko Sato, her colleague at a local radio station in Fukushima. Here's how Ms Kubota recalls it.

To put an end to this confusion, we decided to create the programme "Voice of Fukushima", which would include interviews with residents of the prefecture, each of whom would voice his or her own point of view.

Voice of Fukushima initially aired only in Koriyama city in Fukushima Prefecture, but since 2013 it has expanded its reach. Today the programme is broadcast on eight local FM stations in different parts of Japan. Local radio stations are very popular with residents.

Ayano Kubota has talked to all kinds of people affected by the earthquake while gathering material for her programme.

Kubota: I went to the Aizu area because a lot of people who evacuated from Okuma, where the Fukushima Daiichi Nuclear Power Plant is located, live there. They were eyewitnesses to what really happened. They greeted me very warmly and tried to help me in every way they could. One 80-year-old grandmother, a long-time resident of Aizu, told me with tears in her eyes: "We were the ones who were not affected by the disaster. We learned about the terrible events from a TV programme. But it makes me very sad for those people who live in the neighbourhood and have experienced such horror". When I recorded the interview, I was struck by how different the impressions of people living in the same Fukushima Prefecture are.

Speaking of the devastation after the earthquake, some residents sighed with relief: “Compared to the surrounding neighbourhood, this place where I live was lucky”, while others claimed: “The worst happened exactly at our place”. The greater the destruction, the more frightening and emotional the eyewitness accounts. On the other hand, those who felt that their losses from the earthquake were not as bad as for others, on the contrary, were not very talkative. I think there were also many victims of the earthquake who simply could not remember the tragedy.

Ms Kubota is mulling the possibility of creating a digital archive of earthquakes based on the information gathered during the Voice of Fukushima broadcast. The earthquake information will be organised into categories and areas.

After the earthquake, journalists rushed to Fukushima. However, the residents were distrustful of the media, as it was not uncommon for their edited interviews to look completely different on air. This led to misunderstanding on the part of others and damaged personal relations. Ayano Kubota has experienced this on more than one occasion.

Kubota: I visited a temporary school for evacuated children who had been interviewed by the media on several occasions while doing my research. The impression I got was that the children had already learned to answer what adults expect to hear. For example, when asked about their hometown, the children respond with the catchphrase that they want to return there for sure. I did not trust such answers, so I wanted to create a place where children could say what they wanted to. Then their stories would be uninhibited, interesting, and trustworthy.

Thus began the new activities of Ayano Kubota. At the temporarily established Miharu School, which was attended by students from Tomioka Elementary Schools No. 1 and No. 2 that had been evacuated after the nuclear plant explosion, she started a radio and video production class. Since 2014, these classes have been included in Miharu School's curriculum for fifth-graders.

The school children first talked about what was happening at their school on their radio programmes, and adults affected by the earthquake and nuclear accident found out how the children in their prefecture were feeling. Ms Kubota recalls: “When the evacuated elderly people who had been placed in a temporary shelter heard a school song sung by fifth-graders on the local radio, they were overjoyed. The radio reconnected children and adults who had been torn apart by the tragedy”.

Inheriting the Memory of the Earthquake by Becoming a Media Founder

Ayano Kubota realised that her purpose was changing as time went on. Today's fifth-graders were already born after the evacuation and have been going to a temporarily established school since the beginning. The atmosphere at Miharu School is bright and cheerful. However, this school will be closed in 2022 due to the reconstruction taking place in Tomioka. This is why Ms Kubota has decided to switch from radio to video programmes. They are meant to capture the history of Miharu School.

Kubota: The current fifth-graders know nothing about the earthquake. When they interview adults for future video broadcasts, they will learn how the school was established, what the area was like before the evacuation. This way, the children will learn about the earthquake, and the memory of it will not be erased by time. The children of Fukushima often had to and still have to deal with the media. I hope they will learn lessons and become stronger and more courageous in dealing with journalists. I want the children of Fukushima to be capable of expressing themselves fully by understanding the basic purpose of the media.

Apart from her work, Ms Kubota is also attending Tohoku University's Graduate School. Her research focuses on the creation and broadcasting of media projects by children and their significance for the Fukushima region.

Kubota: Children interview adults and ask questions that really interest them. This style of communication creates new bonds between children and adults. As a result, people in the affected region, who were separated after the evacuation, are reconnecting through the media. I do not intend to impose something like "love of hometown" on the children at all. Rather, I would be happy if they, based on the experience they have gained, go out into the big world and are able to realise their full potential.