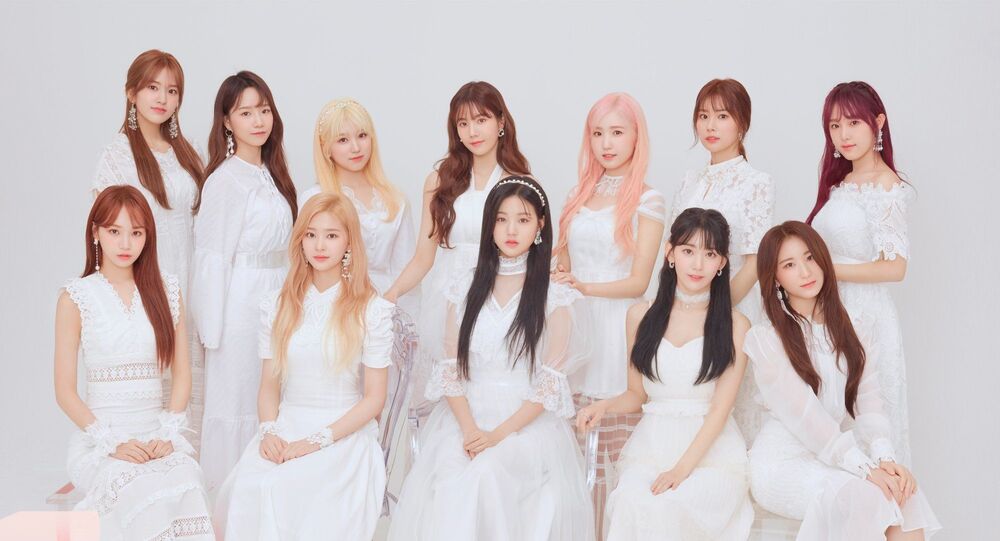 Earlier, Mnet officials and agencies representing the stars announced that the popular girl group will be splitting up.

Sad news appeared online on 10 March as the talent agencies behind the popular girl group IZ*ONE announced that they hadn't been able to agree terms to extend the artists' contracts and therefore it had been decided to disband the band after two and a half years.

The 12 members of IZ*ONE are expected to continue their activities as a group until April and then to go their separate ways as they all return to their home agencies. Mnet, the television channel which hosted the talent show Produce 48 in which the group members met in 2018, shared the statement and promised to support the stars as solo artists.

A two-day online concert “ONE, THE STORY” will be held on 13 and 14 March in order to say goodbye to the fans, who supported the group since they debuted.

IZ*ONE was formed as a project group with 12 members through the joint efforts of Swing Entertainment, Off The Record and Mnet Entertainment. Their contracts were signed for two and a half years of promotion.

WIZ*ONE the official name for IZ*NE fans shared their outpourings of grief on SNS.

YOU'RE THE BEST AND YOU'RE THE STRONGEST!! You survived Mnet Scandal, IZONE 3 month of hiatus, 3 month Vlive Drought and etc!!!! pic.twitter.com/CLVC9E73gI

i would obviously accept disbandment if they were able to release 12 albums, go on a world tour, go on a dome tour but to end with 9 albums, an online concert, and the fact that they were lied to by the agencies, i could not see them go like this.

i wanna hug the girls too, i wannna hug izone. i know this disbandment doesnt only affect us. it would be triple times more painful for them bec they live together, make memories together, perform together, cry together, laugh together...they see each other as a family please 💔

something about mnet announcing izone's disbandment on women's month doesn't sound right to me.