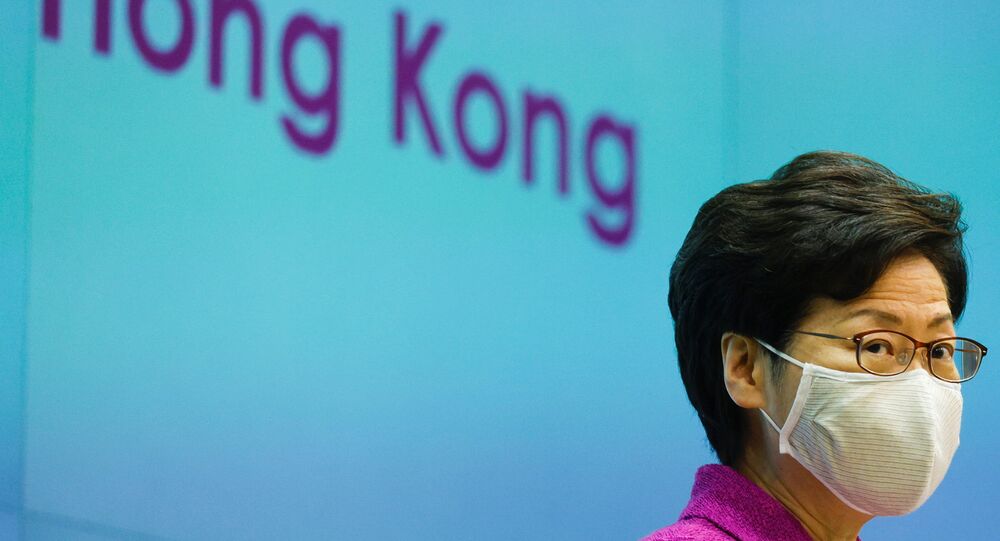 "We are closely watching the outcome of the National People's Congress session and possible changes to the electoral system in Hong Kong," a Downing Street spokesman said on Tuesday. "We urge the Chinese authorities to uphold their commitments to the people of Hong Kong."

Hong Kong's Chief Executive Carrie Lam said on Monday her administration "welcomes" the changes to the special administrative region's system of government, which dates back to the mid-19th century under British colonial rule.

"There are loopholes in the electoral systems, there are also flaws in the systems in Hong Kong," she told reporters. "I fully understand that this is not a matter that can be addressed entirely by the government."

Lam added: "I'm glad that the central authorities have, again, exercised its constitutional powers to help address this problem for Hong Kong."

One of the proposed changes would allow the National People's Congress, China's Parliament, to elect part of the city's legislative body. Another would cut 117 seats, currently held by opposition figures, from the 1,200-mewmber Election Committee that chooses the Chief Executive every five years.

Half the 70 members of the Legislative council and three-quarters of the Election Committee are currently elected not by the general population but by 'Functional Constituencies' of economic interest groups.

Previous proposals sparked several waves of pro-Western secessionist protests against Lam and the national government in Beijing. In recent months some 47 'pro-democracy' leaders have been charged with conspiracy to commit subversion under the National Security Law adopted last year.

The UK ceded control over Hong Kong to China in 1997 after 150 years of colonial rule. The city has a great degree of autonomy from China, especially in its low-tax, free-market economic system.