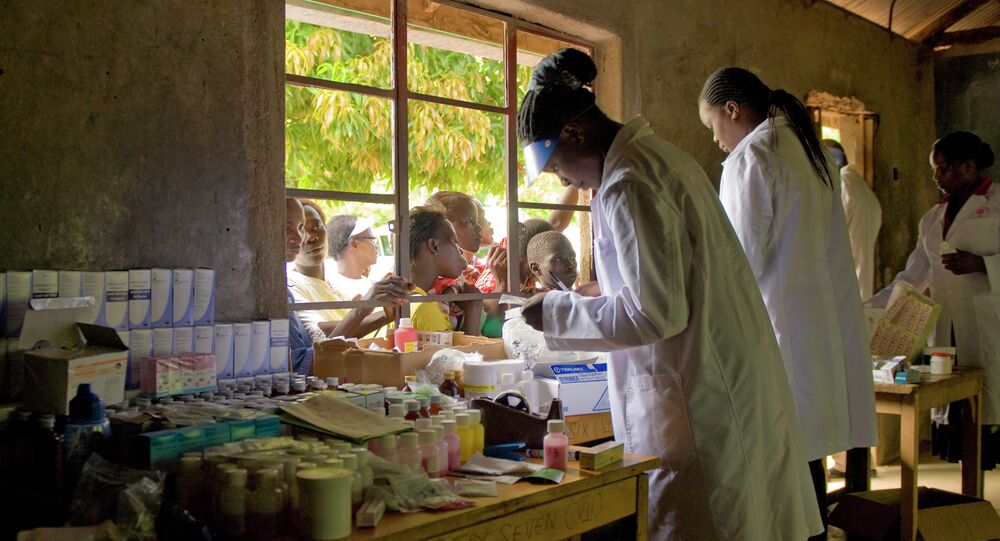 MOSCOW (Sputnik) - A team of researchers from Australian National University (ANU) discovered a vulnerability in the metabolism of a deadly parasite that causes malaria, which could become the "fatal chink" in its armor and be exploited for development of effective treatment, the university announced on Thursday.

According to the classification of the World Health Organization, malaria is a life-threatening, but preventable and curable disease caused by parasites that are transmitted to people through bites of infected mosquitoes. Annually, over 200 million people are infected with malaria, around 400,000 of them die.

"We found that when the parasite ingests certain nutrients, it causes the red blood cell to turn on a distress beacon. This would call the immune cells in to attack the parasite," Merryn Fraser, lead researcher in the project, said.

The researcher stated that these "chinks in the parasite's armor" can be effectively used to create new drugs to battle malaria.

"We then found that we could exploit this vulnerability by using a particular chemical on the red blood cells, which increased the chances of the parasites being eaten by the immune cells," she noted.

This is a major discovery that would help solve the recent issue of increased resistance of malaria parasites to traditional drugs used for treatment.

"We're getting really worried about parasite drug resistance and that is underpinning our need to look for new drugs and new treatments," Fraser added.

Due to climate change the range of habitat of malaria mosquito has increased, prompting researchers to look for more and better ways to fight the disease. The new findings made by the ANU team are part of a larger study into interactions between the malaria parasite and the human immune system aimed at eradicating malaria worldwide.