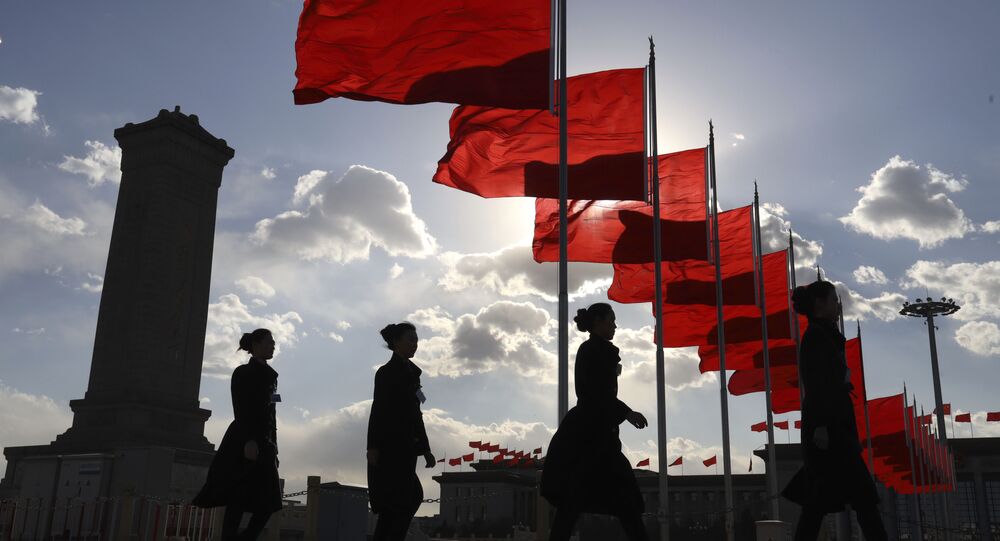 Western calls for a boycott of the 2022 Winter Olympics in Beijing are "doomed to failure", Guo Weimin, spokesperson for the Chinese People's Political Consultative Conference said.

"Some individual foreign politicians politicised sports with an attempt to disturb and sabotage the preparations and holding of the Beijing Winter Olympics and called for a boycott,” Guo told reporters, as cited by the South China Morning Post.

Speaking about foreign opposition to Beijing hosting the 2020 Winter Olympics based on alleged human rights abuses in Xinjiang, Guo added such efforts would amount to nothing.

“These acts are in violation of the Olympic spirit. We believe that the moves will not win support from the international community and are doomed to failure,” he concluded.

© REUTERS / BLAIR GABLE
China Slams Canada for 'Shameless' Genocide Vote on 2022 Winter Olympics as Relations Sour
The comments were made as lawmakers are set to meet for the major annual conference in Beijing this week, which will also unite the CPPCC and National People's Congress, China's parliamentary body.

The meeting will take place amid strict security protocols and COVID-19 social distancing as the spread of the virus has been largely halted in the nation.

Beijing will be the first city to host both the Summer and Winter Olympics, with the former taking place in 2008.

But several foreign governments have campaigned to relocate the Winter Olympics and branded the event as the "Genocide Games" over alleged human rights abuses against Uyghurs and Tibetans in China, the SCMP added.

Ottawa also voted 266-0 to back a non-binding measure to declare China had committed genocide against over 1m Uyghurs and urge the International Olympic Committee (IOC) to relocate the Olympics from the Chinese capital.

The vote comes after an open letter backed by 180 human rights groups and Canadian MPs urged the relocation.

But UK Prime Minister Boris Johnson said in late February he did not favour boycotting sporting events as a "long-standing position" of the British Government.

The Canadian vote was slammed as "shameless" by a Chinese government spokesperson, who urged the politicians to "recognise reality and stop interfering in China's internal affairs" and "stop its anti-China farce".

Hu Xijing, editor-in-chief for the state-backed Global Times newspaper, also tweeted in early February a boycott would be "unpopular" and said that China could "seriously sanction" countries following such calls.