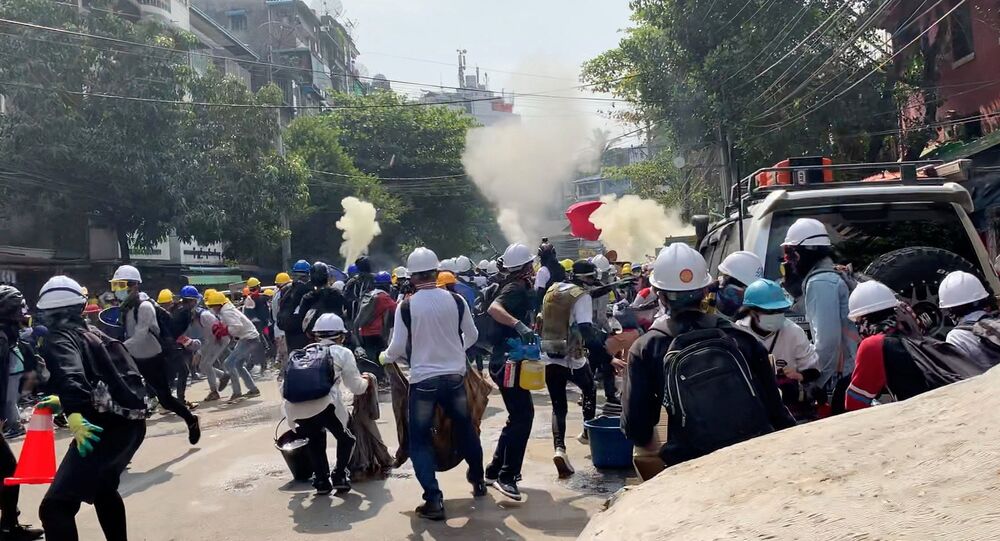 Last week, 17 people died during clashes between the protesters and the police as rallies against the recent military takeover has been continuing in the country.

At least nine people were shot dead and several sustained injuries as the Myanmar security forces tried to disperse protesters in the capital city Yangon, media reported on Wednesday.

Along with the deaths in Yangon, two more fatalities have been reported in Myanmar.

Founder and joint secretary of the Assistance Association for Political Prisoners, Ko Bo Kyi, said in a twitter post later in the day that at least 18 protesters have been killed during the Wednesday’s protests.

Previously, on 28 February, 17 people died across the country during the rallies, with dozens of people left wounded.

Thousands of people took to the streets on Sunday as mass demonstrations against the 1 February military takeover have entered their fifth week. Tensions between the protesters and the police seem to be rising as law enforcement officers have reportedly turned to opening fire against the protesters.

On 1 February, the country’s military declared a state of emergency for a year, transferring power to the commander-in-chief, General Min Aung Hlaing. Myanmar’s State Counsellor Aung San Suu Kyi, as well as President Win Myint and other top officials who were members of the ruling National League for Democracy (NLD) party, were detained and accused of election fraud.

The political turmoil came after months of tensions between the government and military over the results of the 8 November general election.