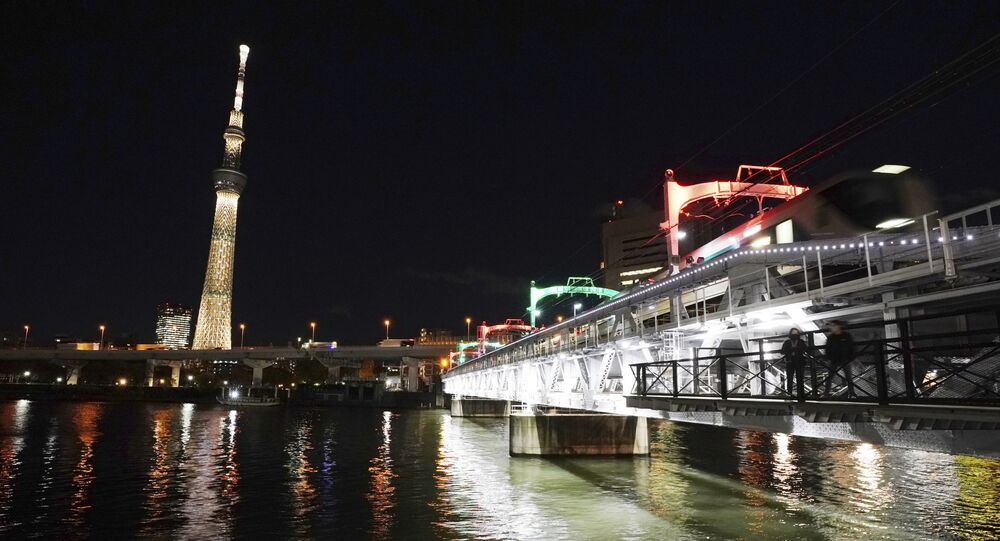 TOKYO (Sputnik) - The Japanese lower house on Tuesday approved the record annual budget of 106.61 trillion yen (about $1 trillion) for 2021 during a session that was broadcast online.

According to the Kyodo news agency, Japan has been ballooning for nine years straight and this is the third year it surpasses the 100-trillion-yen threshold.

The draft budget is then expected to be passed by the parliament's upper chamber and enter force at the beginning of the new fiscal year, on April 1.

© Flickr / MC3 Gabriel B. Kotico / Members of the JMSDF load supplies onto an MV-22B Osprey aircraf
Japan Increases its Defence Budget to Record $52 Billion for Stealth Jets and Long-Range Missiles
The country will boost its defense budget to the record 5.34 trillion yen (almost $50 billion), continuing the seventh-year increase in military spending. A large chunk of those funds is set to be spent on cyber and space security.

Some 33.5 billion yen ($313.5 million) are planned to be spent on developing the country's missile technologies to defend its vessels from a possible enemy. The news agency ties this to the increased military activity of neighboring China.

More than a third of the budget funds, the unprecedented 35.84 trillion yen ($335.4 billion), will go to meet the needs of Japan's aging population.

Approximately 5 trillion yen ($46.7 million) will be allocated to a reserve fund in case of a health and economic emergency linked to the spread of infectious diseases. This fund's use will not require the parliament's permission.