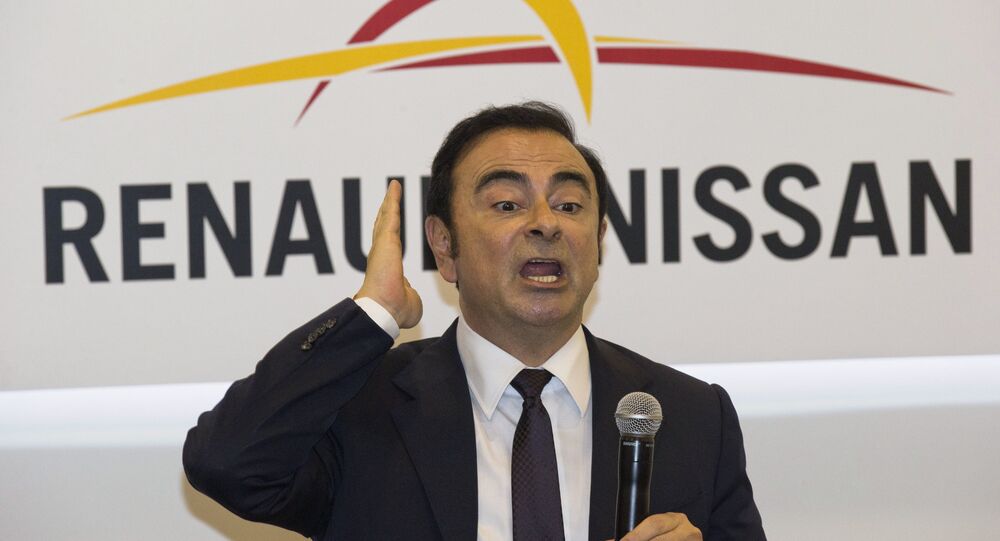 Michael Taylor and Peter Taylor were arrested in Massachusetts in May 2020, several months after they allegedly helped former Nissan executive Carlos Ghosn flee Japan and avoid trial on charges of money laundering and tax evasion.

US Green Beret veteran Michael Taylor and his son Peter have arrived in Japan after being extradited, Nippon TV reported on Tuesday, with the US Department of State confirming the extradition later in the day.

According to Kyodo News, they will be taken to a Tokyo detention centre after clearing immigration.
The men are accused of plotting Carlos Ghosn's escape from his Tokyo house arrest in late 2019, as the ex-head of the Renault-Nissan-Mitsubishi multinational corporation was charged with money laundering and tax evasion by Japan.

© AP Photo
This Dec. 30, 2019 image from security camera video shows Michael L. Taylor, center, and George-Antoine Zayek at passport control at Istanbul Airport in Turkey. The U.S. State Department has agreed to turn over to Japan Taylor and his son Peter Taylor, who are accused of smuggling former Nissan Motor Co. Chairman Carlos Ghosn out of the country while he was awaiting trial, the men's lawyers said in legal filing on Thursday, Oct. 29, 2020

Previously, Michael Taylor claimed that if he and his son were extradited, Japanese authorities "are clearly going to torture us".

According to the prosecution, the Americans received $1.3 million for helping Ghosn to jump bail by packing him into an audio-equipment case and then smuggling him out of Japan onto a private jet in 2019. Pilots Noyan Pasin and Bahri Kutlu Somek, also convicted in connection with the case, maintained that they were unaware Ghosn was on board the flight.

The former Nissan chief, who escaped to his home country of Lebanon, is accused of financial fraud, allegedly conducted during his time at the company, with the firm seeking millions of dollars in damages from him. Ghosn has denied any wrongdoing, claiming that the accusations were a "plot and treason" by Nissan executives.