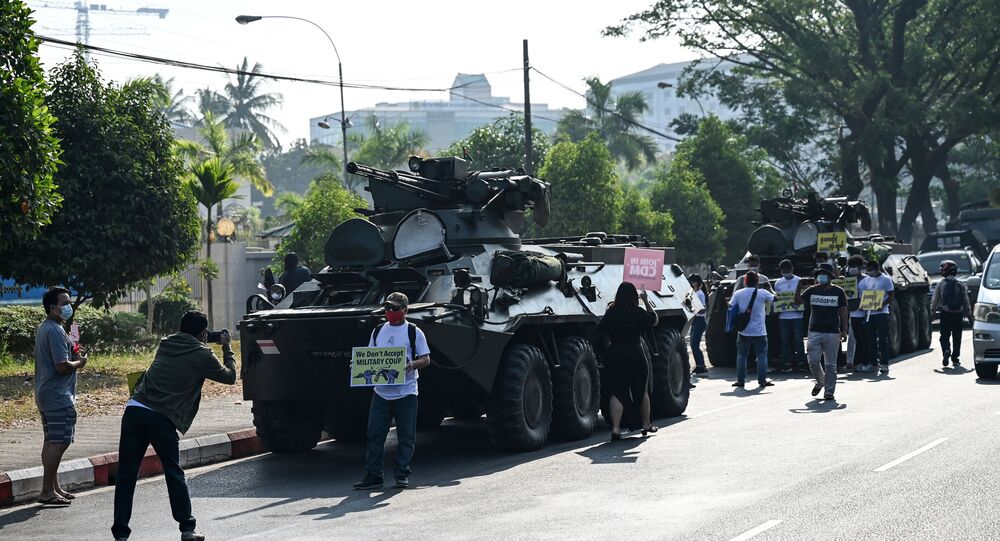 At Least 17 People Die in Clashes Between Police, Protesters in Myanmar, Reports Say

BANGKOK (Sputnik) - At least 17 people died on Sunday across Myanmar during clashes between the police and protesters marching against the recent military takeover, Myanmar's Mizzima News portal reported.

Earlier in the day, Myanmar's news agencies reported on six casualties among the protesters.

The death toll has now reportedly grown to 17 people, including four deaths in Myanmar's largest city of Yangon and another four in the southeastern Dawei city, three in southern Bago, two in each of northern Mandalay and Pakokku, and one in each of Myeik and Mawlamyine.

According to the Irrawaddy news portal, three out of four protesters killed in Yangon attended a rally of school teachers and senior pupils.

© REUTERS / STRINGER
Demonstrators run from a police water canon as they protest against the coup, in Naypyitaw, Myanmar, February 18, 2021

Tens of thousands of people took to the streets in multiple cities across Myanmar on Sunday as mass demonstrations against the February 1 military coup have entered their fourth week. Tensions between the protesters and the police appear to be rising as law enforcement officers turn to more brutal tactics.

On 1 February, Myanmar's military overthrew the government and declared a year-long state of emergency hours before the newly-elected parliament was due to convene. State Counselor Aung San Suu Kyi and President Win Myint, along with other top officials accused of election fraud, have been detained.