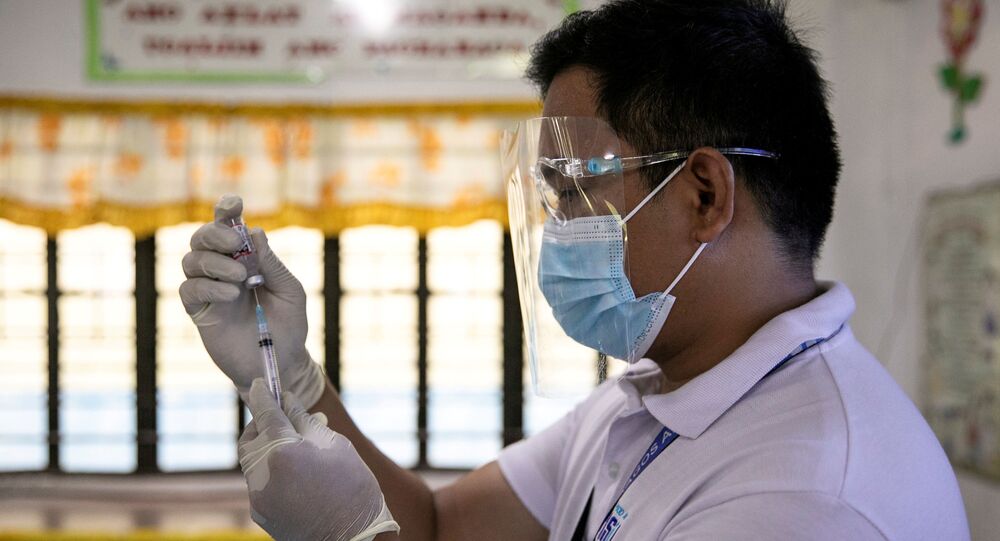 Carlito Galvez, a former general leading the Philippine government's COVID-19 novel coronavirus response, announced in January that the country is seeking to purchase "at least 148 million doses from seven manufacturers," but procurement will be dependent on global supply.

Alice Visperas, director of the International Labor Affairs Bureau, revealed earlier this week that Silvestre Bello III, secretary of the Philippines' Department of Labor and Employment (DOLE), requested that the United Kingdom and Germany provide his country with vaccines in exchange for the deployment of overseas Filipino workers (OFWs) to their country.

"Secretary Bello’s request is for our OFWs, these are the OFWs that were repatriated, who are here in the country including those who will be deployed. It is important, especially those who are set to leave since many countries who are hiring migrant workers want workers that have been vaccinated," Visperas said, as reported by the Philippine News Agency (PNA).

She noted that Bello especially requested the vaccines so that the traveling Filipino health service workers will be better safeguarded from COVID-19 and its symptoms.

"We are considering the request to lift the deployment cap, subject to agreement," Visperas told Reuters on Monday, referring to the Philippine government's 5,000-person limit per country for medical professional deployment.

Government data observed by the outlet showed that, as of 2019, some 17,000 Filipino nurses were working overseas.

"There is no specific number yet but our estimate is more than 600,000 OFWs who are in the country and going abroad. I think around that number, what we are going to request," Visperas said, according to the PNA.

© REUTERS / Eloisa Lopez
Filipino workers, including nurses applying to work in United Kingdom, attend a lecture at a review center for the International English Language Testing System or IELTS in Manila, Philippines, April 2, 2019

However, some professionals, like Jocelyn Andamo, secretary-general of Filipino Nurses United, have spoken out against the deal, claiming the country is dehumanizing health care workers.

"We are disgusted on how nurses and healthcare workers are being treated by the government as commodities or export products," Andamo told Reuters.

The request comes amid the country's attempt to reach its goal of at least 148 million COVID vaccine doses.

Galvez told reporters last month that while the goal remains, wealthier nations were able to secure 80% of the vaccines offered at the time by manufacturers Novavax, AstraZeneca, Moderna, Pfizer, Johnson & Johnson, the Gamaleya and Sinovac Biotech.

The official added that The Philippines was approved for 23 million subsidized doses via global vaccine partnership COVAX. However, Philippine President Rodrigo Duterte has guaranteed free vaccines for all 108 million residents, Galvez stressed.

The country has yet to initiate its vaccine campaign, which has set a goal of immunizing 70 million adults.

As of this article's publication, The Philippines has logged more than 566,000 positive cases of COVID-19 and at least 12,129 deaths related to the contagious disease, according to the Johns Hopkins University COVID-19 dashboard.