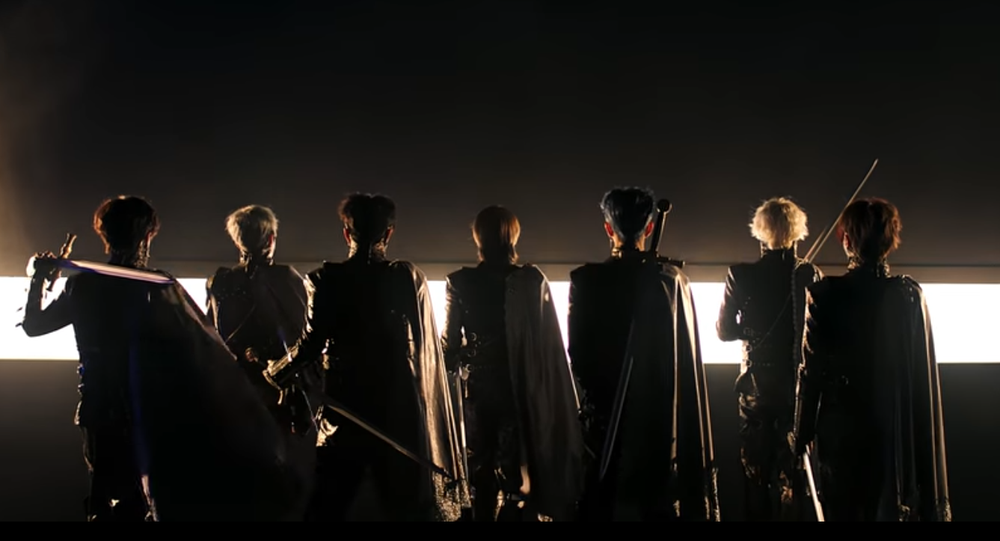 The boy band with a fresh and exotic concept entered the entertainment arena with their debut mini-album "History Of Kingdom: Part Ⅰ. Arthur".

A seven-member boy group from GF Entertainment has captured the attention of K-pop fans all over the world with their clip and lead single "Excalibur". The track and video dropped on the 18th of February.

In the clip the band's members are portrayed as medieval knights and represent seven kingdoms and seven historical kings: Dann as the King of Denmark, Louis as the King of France, Chiwoo as the ancient Chinese Emperor Chiyou, Arthur as the well-known mythical King of Britain, Ivan as the Tsar of Russia, Mujin as the Japanese Emperor Jimmu, and Jahan as the Mughal Emperor Shah Jahan.

The newbies also made a bold statement on stage on Music Bank and amazed audiences with their charismatic presence.

​According to an interview with the CEO of GF Entertainment, Go Yoo-sung, Kingdom's concept plans are to tell a huge story, as if audiences are watching a fantasy movie. The group has a storyline planned for the next 12 years, with 8 albums to represent a series, starting with their debut "History Of Kingdom". They intend to put out 32 albums to tell the stories of all the band's members. But their ambitions don't end there. Their label is planning to work on novels, webtoons, and a video game about Kingdom's storyline.

Fans, who have already been given an official name, the Kingmakers, are impressed by the scale of the new band.

this is a solid debut. the concept, the visuals, the vocals GOD TIER#KINGDOM #킹덤 #Excalibur pic.twitter.com/a9n6QtV85N

I am so proud of Kingdom!!! They have been working so hard for their debut!! Their debut song is amazing 🥺 I am so happy to support such amazing boys!! Congratulations on your debut kingdom! @KINGDOM_GFent #KINGDOM #킹덤 #Excalibur pic.twitter.com/5LWppzAlKB