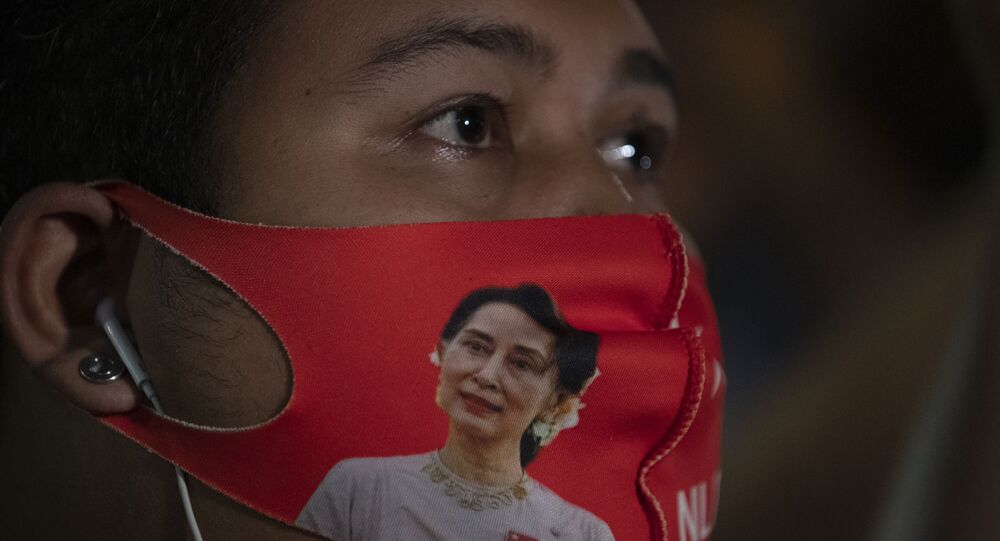 MOSCOW (Sputnik) - The police in Myanmar filed a second charge against the country leader, Aung San Suu Kyi who was deposed in a military coup, according to media reports.

Earlier this month, the country’s military leader, Min Aung Hlaing, said in a televised address to the nation that the election commission used the COVID-19 pandemic as an excuse to prevent fair campaigning ahead of the general election in Myanmar last year.

On 1 February, the country’s military declared a state of emergency for a year, with a power transfer to the commander-in-chief General Min Aung Hlaing. Over the last years, the civil government and the country’s military have been in a spat over multiple issues such as the 2017 Rohingya crisis and enshrined military prerogatives granted by the 2008 Myanmar’s constitution.