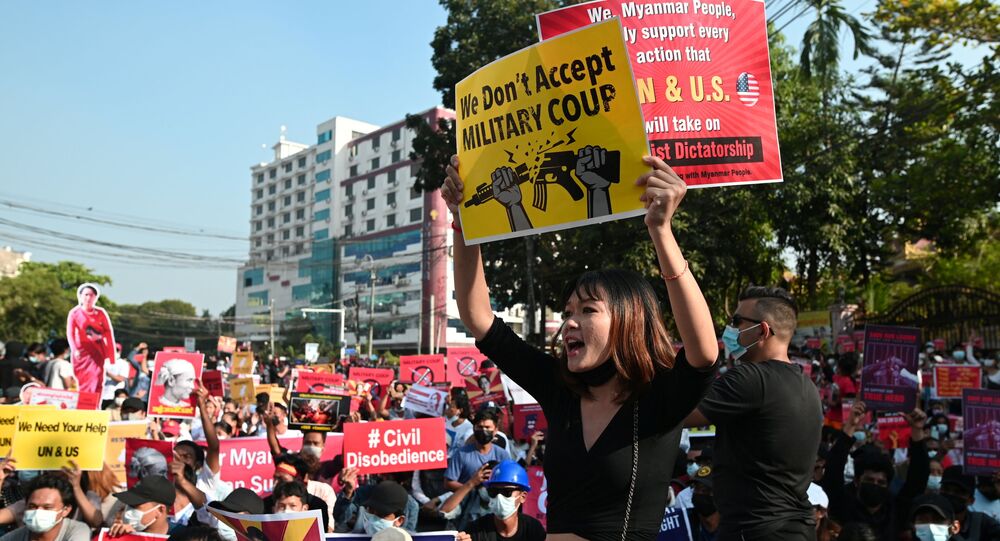 On 1 February, Myanmar faced a coup as the military arrested State Counselor Aung San Suu Kyi and other top officials after accusing them of election fraud.

Singapore's foreign minister Vivian Balakrishnan said that he did not support launching "widespread generalised indiscriminate sanctions" on Myanmar in response to the recent military coup.

According to Vivian Balakrishnan, sanctions could hurt ordinary citizens.

Earlier, hundreds of thousands took to the streets across the Southeast Asian country to protest the 1 February coup, which deposed the civilian government. Armored vehicles were seen rolling into the cities.

In turn, the UN Human Rights Council (HRC) adopted a resolution on Myanmar on 12 February that called for the lifting of the state of emergency and the release of all those arbitrarily detained in the country.

Earlier in the month, Myanmar faced a coup as the military arrested senior members of the newly-elected parliament right before it was due to convene for an inaugural session. The military declared a state of emergency for one year, pledging to hold a new election after it expires. Following the coup, Myanmar faced a wave of protests in support of the overthrown authorities.