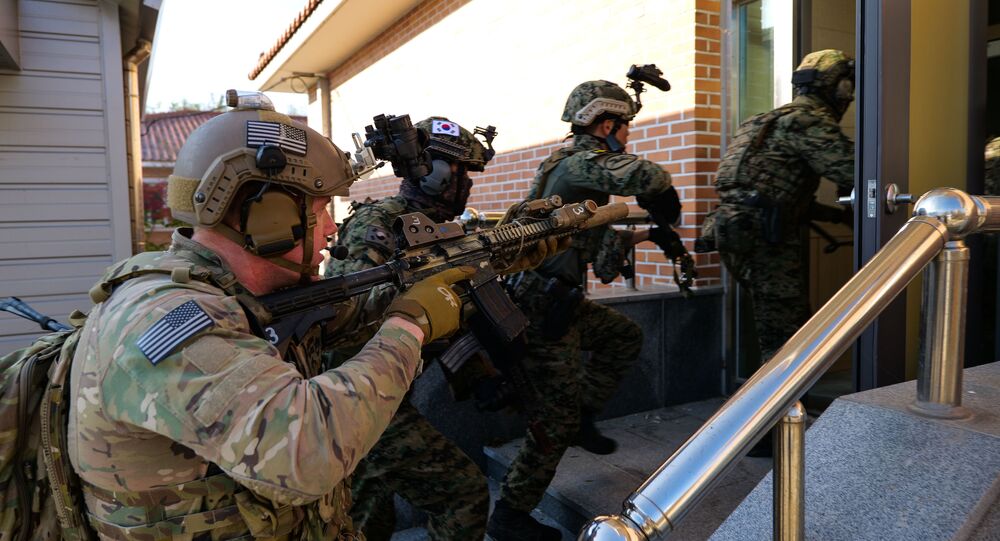 US, South Korea Reportedly Plan to Renew Joint Drills Suspended by Trump to Negotiate With DPRK

The joint US-South Korea drills, which routinely spark criticism from Pyongyang, were suspended in 2018 to facilitate the historic peace talks between the heads of the DPRK and the US.

The US and South Korea are discussing plans to hold joint military drills in 2021 after a three-year pause, the Korea Herald newspaper reported, cited anonymous sources. The military exercise, which was formerly carried out on an annual basis, will be reportedly held in the middle of March and will last nine days.

Just as in their previous wargames, Washington and Seoul will simulate military action against North Korean forces, the South Korean newspaper claims. The two countries are reportedly discussing the details of a drill – the scale, the timeframe and if it will include additional scenarios. Among them is Seoul taking over the command of military forces, as opposed to the current scheme in which in the event of a war, the US is in control.

The reported wargames will be the first joint exercise of the US and South Korea under the Biden administration and the first to be held since a 2018 pause. The drills were cancelled in 2018 and 2019 to facilitate peace efforts of former US President Donald Trump, who became the first POTUS to meet a DPRK leader. Pyongyang routinely criticised the drills as rehearsals for an "invasion" of North Korea, despite Washington and Seoul denying it, and the US halted the wargames for the negotiations.

Following the failure of the second peace talk between Trump and Kim Jong-un, the Pentagon resumed the drills. These plans failed to materialise in 2020 due to the coronavirus pandemic, causing the two countries to delay the exercises for another year.