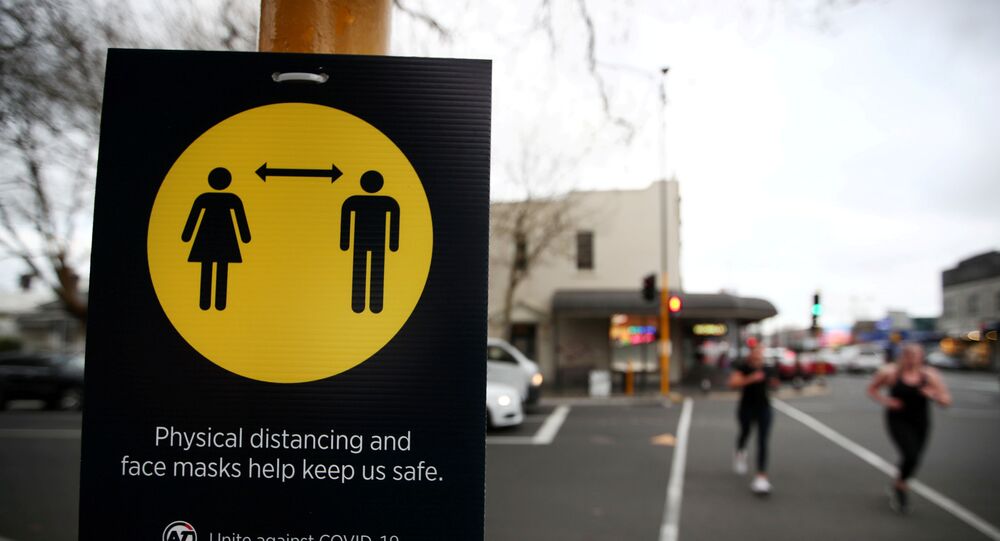 New Zealand has won international praise for its tackling of the coronavirus pandemic, with the island country going months without community transmission.

Prime Minister Jacinda Ardern of New Zealand has announced a three-day lockdown in Auckland after three unexplained COVID-19 cases were discovered in the country's biggest city.

Three cases were registered earlier on Sunday and they pertain to a mother, a father, and their daughter from South Auckland, who have already followed the correct procedures by self-isolating when they developed symptoms.

Ardern said that New Zealand was going "hard and early" after the cases were identified, and that the three days would help the government get "a complete picture" of the outbreak and determine if there had been any community transmission.

The decision on the lockdown was "not taken lightly", the prime minister said, adding that she understands the measure's economic impact.

"We are also conscious of the far greater cost to the entire economy if we make the wrong call. […] The precautionary approach has served us very well to date and, now, given the current global environment we are in, that further reinforces not weakens the need for that precautionary approach", she pointed out.

The prime minister urged New Zealanders "to continue to be strong and to be kind", saying that she knows full well that "we all feel the same way when this happens, we all get that sense of 'not again'".

© AFP 2021 / PAUL ELLIS
Bean Rock Lighthouse in Auckland Harbour in Auckland, New Zealand is seen in this photograph taken on October 20, 2011. Built in 1871 and restored in 1985 it is located on Te Toka a Kapetawa (the Rock of Kapetawa) and is accessible only by boat.

"But remember we have been here before and that means we know how to get out of this again, and that is together", Ardern stressed.

New Zealand's Director-General of Health Ashley Bloomfield, for his part, stated that the government is working "under the assumption that it is one of the new variants" of the coronavirus, which is believed to be more contagious than the existing COVID-19. The new strain has already spread to a spate of countries, including the US, the UK, and South Africa.

Australia's chief medical officer Paul Kelly, in turn, insisted that the government "feels at the moment the risk is very low", adding that the authorities "will and we have looked at what those exposure sites are in New Zealand and we [the government] will be looking at that for anyone coming across the border from" the country.

© AFP 2021 / SAEED KHAN
New Zealand Ends Nationwide State of Emergency As Moving to COVID-19 Alert Level 2
The Auckland lockdown stipulates that its 1.7 million residents will stay at home except for essential shopping and work, with schools and non-essential shops due to be closed.

The rest of the country is shifting to a higher, second level of alert, which means that schools and businesses will remain open, but that people will be asked to find alternative ways of working if possible.

New Zealand has recorded just 1,974 confirmed coronavirus cases and 25 deaths since the outbreak began in late 2019, according to the World Health Organisation's latest situation report.