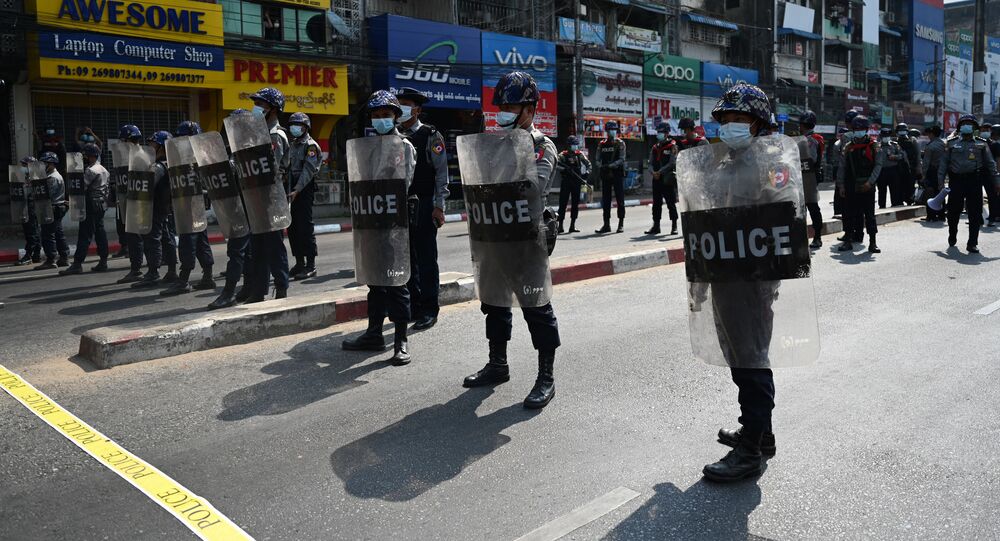 Nearly two weeks ago, the Myanmar Armed Forces detained President Win Myint, State Counsellor Aung San Suu Kyi, and members of her government, accusing the National League for Democracy (NLD) of voter fraud during the November 2020 elections. The military declared a one-year state of emergency, pledging to hold a fair election when it is over.

Sputnik is live from Yangon, Myanmar, as mass demonstrations continue in the nation's largest city following a military takeover that occurred earlier this month.

The protests are being held as the nation celebrates the birthday of a key figure in Myanmar's independence - General Aung San, who is a founder of the Myanmar Armed Forces and father of recently arrested State Counsellor Aung San Suu Kyi.

Over the course of continued anti-coup protests, demonstrators have clashed with police, who used water cannons and rubber-coated bullets to disperse the crowds.