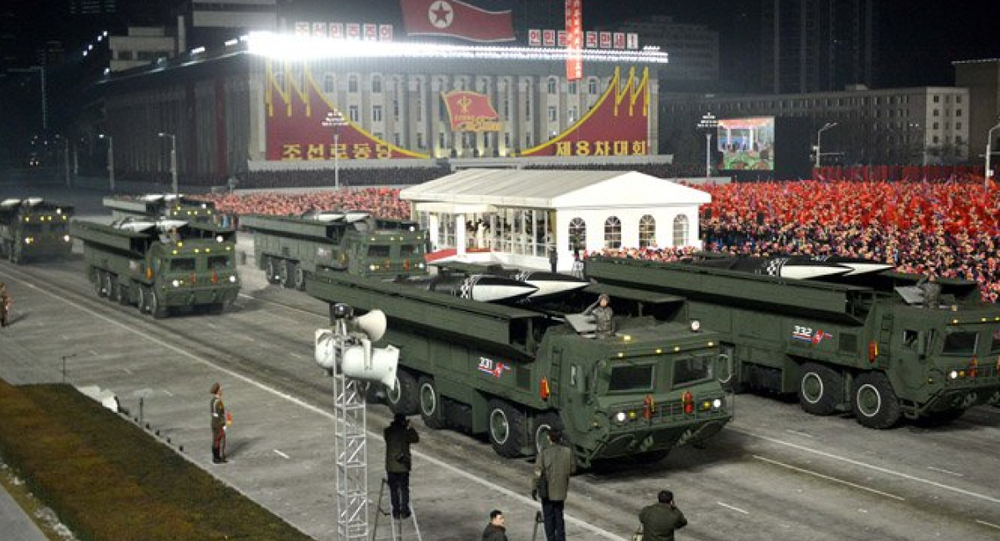 MOSCOW (Sputnik) - North Korea continued to develop its defence infrastructure in 2020 and achieved notable progress in its missile technology throughout the past year, a UN source with knowledge of the sanctions monitoring regime told Sputnik.

“Given that the DPRK [Democratic People’s Republic of Korea] has shown new types of missiles at two recent parades, announced plans to create tactical nuclear weapons and submarine-launched ballistic missiles, it is clear that North Korea's missile program has not stood still and that significant progress has been made here. This is reflected in the experts' report," the source said.

The UN report also documented continued violations of the sanctions through cross-border trade and smuggling, despite an overall reduction on the back of the pandemic and border closures, the source said. Nevertheless, the sanctions continued to exact significant economic pressure on Pyongyang.

North Korea has been under sanctions from the UN Security Council since 2006 and has been strengthened over the years to pressure the state to suspend its nuclear weapons program.

In a parade speech late last year, North Korean leader Kim Jong-un issued a rare apology to his citizens for failing to reverse the dire economic situation in the country.