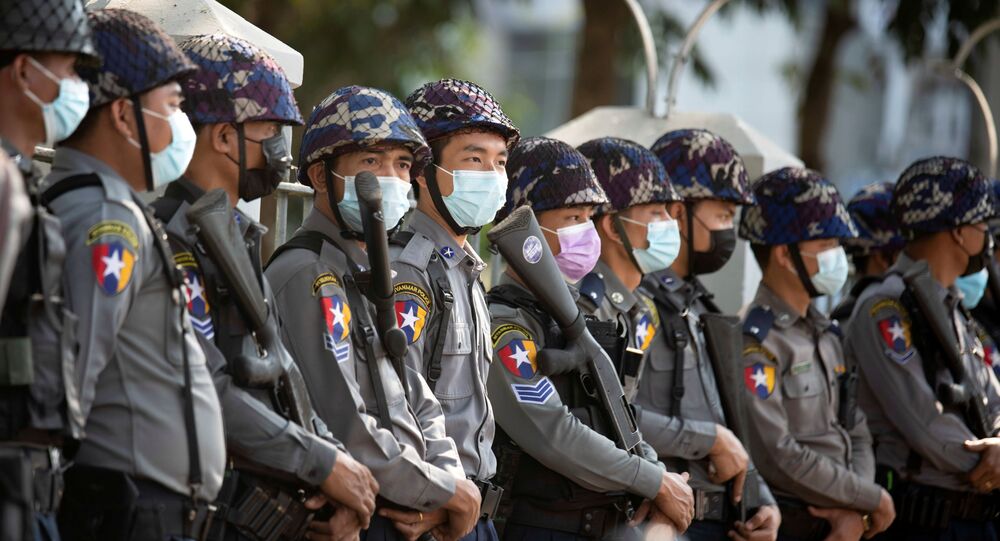 BANGKOK (Sputnik) - Almost 300 lawmakers in Myanmar have met by video to declare themselves the legitimate sole representatives of the people after the military seized power on Monday.

The legislators signed off on a declaration on Friday, in which they rejected the military takeover and promised to fight for democracy in their respective constituencies.

The statement was published on Facebook by the communications chief of the overthrown National League for Democracy. The lawmakers were to meet on Monday after the NLD won the November polls.

The military has rejected the election as rigged and arrested the country's de facto leader Aung San Suu Kyi and President Win Myint. It blocked social media and shut down internet nationwide.

© REUTERS / MYANMAR NOW
General view of a demonstration against the military coup in Yangon, Myanmar, 6 February 2021. Myanmar Now/Handout via REUTERS

Internet and mobile service provider Telenor confirmed on Saturday that the internet blackout was ordered by the army. NetBlocks, a service tracking internet traffic, said connectivity was at 16 percent of the ordinary levels. The blackout was likely aimed at stopping protests that took place in Yangon on Saturday morning.

Thousands have rallied in defiance of a year-long state of emergency declared earlier this week.