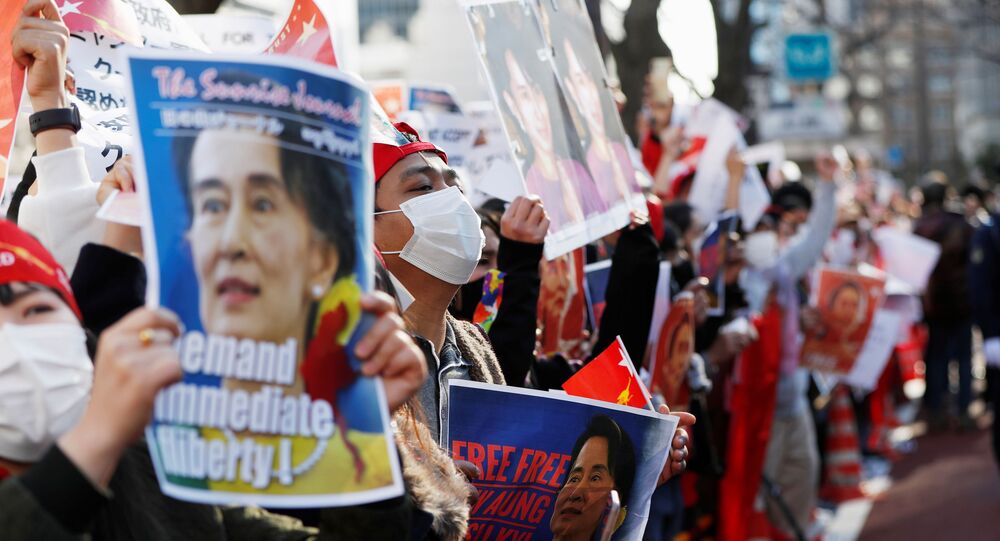 The Myanmar Army had earlier ordered communications operators and internet service providers to block access to Twitter, Instagram, Facebook, and related apps, claiming that some people were trying to use social media platforms to spread misinformation.

Myanmar has been hit with a new nationwide internet blackout just days after a similar shutdown that coincided with a military coup, according to NetBlocks, an independent group that monitors internet outages worldwide.

The military currently in charge of Myanmar has broadened a ban on social media in the aftermath of this week's coup, which saw State Counsellor Aung San Suu Kyi overthrown and subsequently detained. The Army moved to shut down Twitter and Instagram, following a similar action against Facebook and related apps, suggesting that these platforms were used to spread fake news.

Telenor, a Norway-based telecommunications company operating in Myanmar through a subsidiary, has revealed that it complied with the army order to cut access to social media platforms, but called into question "the necessity and proportionality of the directive".

Facebook, for its part, expressed concerns over the order to shutdown internet access across the Southeast Asian country and urged authorities to lift restrictions on social media.

"We are extremely concerned by orders to shut down the internet in Myanmar. We strongly urge the authorities to order the unblocking of all social media services", Rafael Frankel, Facebook's director of public policy, APAC emerging countries, said in a Sunday statement.

Twitter, meanwhile, has issued a statement to stress that it's "deeply concerned" with the order to shut internet services in the country and promised to "advocate to end destructive government-led shutdowns".

"It undermines the public conversation and the rights of people to make their voices heard", a Twitter spokesperson said.

The military takeover in Myanmar on Monday led to major internet disruption across the country, with local journalists saying that the army had also cut off the state media, TV, radios, and local phone lines.

Myanmar’s civilian leader, Aung San Suu Kyi, along with the president and other top politicians were detained in the early hours of Monday, with the country’s military declaring a one-year state of emergency after weeks of escalating tensions over allegations of vote-rigging in the November 2020 election.

The declaration, signed by First Vice President U Myint Swe, who will be serving as Myanmar’s acting president, stated that power is being handed over to Commander-in-Chief of Defence Services Min Aung Hlaing.

© AFP 2021 / MLADEN ANTONOV
Australian Adviser to Myanmar's Aung San Suu Kyi 'Being Detained' Days After Military Coup - Reports
UN Secretary-General Antonio Guterres vowed Friday that the organisation will do everything possible to create conditions for the military coup in Myanmar to be reversed.

Tensions in the country had been escalating since January, when the spectre of a military coup was first raised in Myanmar after allegations of widespread voter fraud during the second general election since the end of military rule in 2011 emerged.

At the ballot-casting on 8 November 2020, the National League for Democracy (NLD), led by Aung San Suu Kyi scooped up 83 percent of the seats. The party claimed a total of 396 out of 476 seats in the lower and upper houses of parliament.

The Myanmar military, nonetheless, alleged massive voter fraud in the election, with the NLD dismissing the accusations as groundless.