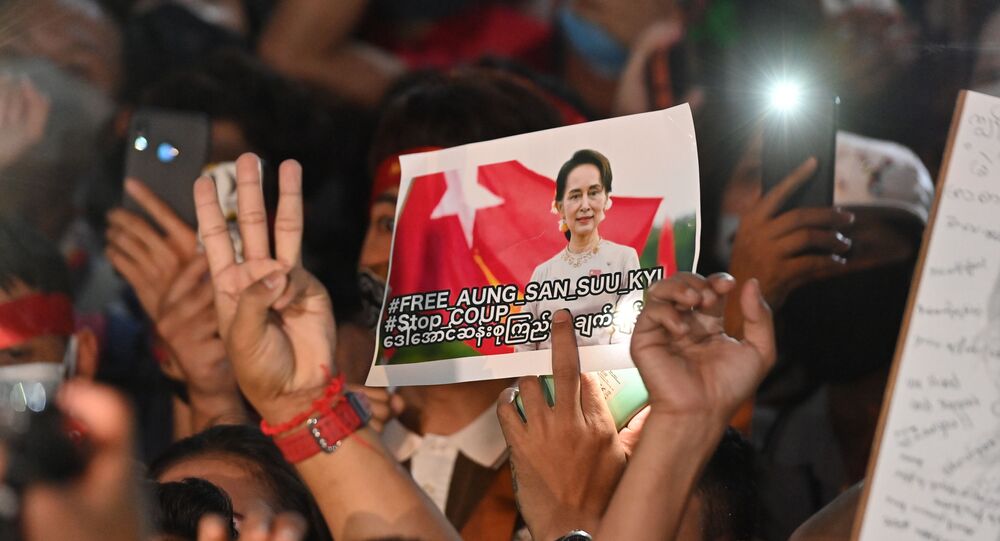 Earlier this week, Myanmar’s National League for Democracy (NLD) voiced support for a civil disobedience campaign, after the military seized power in the country, arresting government members and accusing the cabinet of vote fraud.

"I guess you will soon hear of it, but I am being detained", he told the BBC. "Being charged with something, but not sure what. I am fine and strong, and not guilty of anything".

According to the report, he was confined to his hotel.

"Everyone's being very polite... but obviously I'm not free to move or anything like that", the economist added.

The Australian Foreign Ministry addressed the message later in the day, expressing concerns about the reports of the detention of Australian and other foreign nationals in Myanmar.

Turnell is Professor of Economics at Macquarie University (Sydney, Australia). He is the author of several books and multiple studies on the country's economy.

© REUTERS / REUTERS/Stringer
Students arrive at a court after being arrested in a demonstration against the military coup, in Mandalay, Myanmar, February 5, 2021. REUTERS/Stringer

The report about his detention comes amid a series of arrests in the country, after the Myanmar military (Tatmadaw) declared a one-year state of emergency, accusing State Counsellor Aung San Suu Kyi and her cabinet of vote fraud in the November 2020 elections. Suu Kyi has since been accused of breaking import laws by smuggling walkie-talkies.

According to some estimates, at least 130 officials have been detained by the armed forces so far. In response, mass protests hit the Asian nation's largest city Yangon and the capital city Naypyidaw.