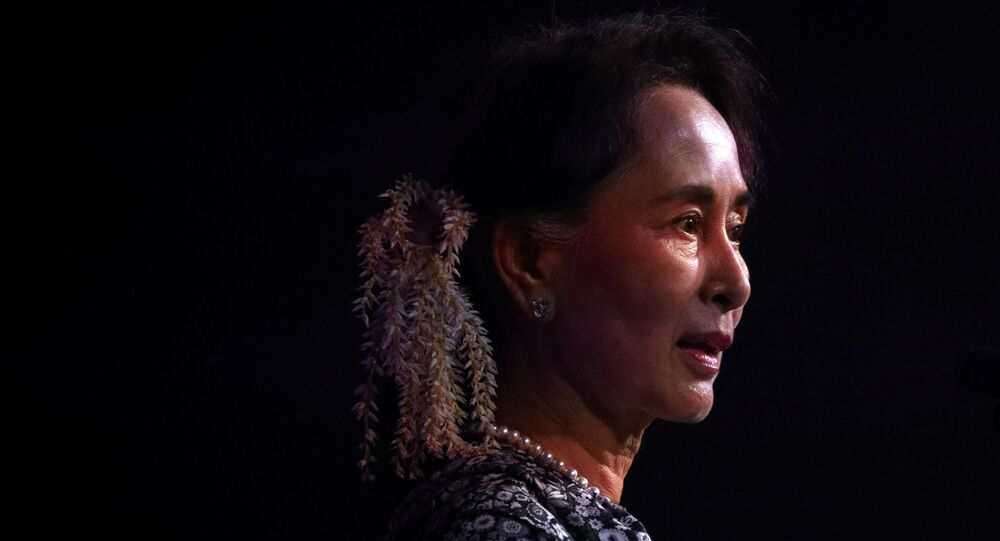 Earlier, it was reported that tensions had escalated in Myanmar between the government and the military, sparking fears of a possible coup, as the army reportedly believes that the nation's recent election was fraudulent.

"I want to tell our people not to respond rashly and I want them to act according to the law," Nyunt told Reuters.

He said that he also expected to be detained. Citing the unfolding situation, the spokesman told AFP that "we have to assume that the military is staging a coup".

According to the BBC, there are soldiers on the streets of Myanmar's capital city, Naypyitaw, and the main city, Yangon. Reuters also reported, citing witnesses, that military officers were deployed outside the Yangon city hall.

The country's state TV and radio, Myanmar Radio and Television (MRTV), said in its Facebook page that it has not been able to broadcast regularly due to "communication problems."

BBC also reported that telephone and internet connection are cut in Naypyitaw.

An alleged photo made in the country as the political figures were detained was shared online.

US White House said in a statement that it is "alarmed" by reports of situation in Myanmar and vowed to take action in case the arrested country leaders are not released.

"The United States is alarmed by reports that the Burmese military has taken steps to undermine the country's democratic transition", the statement said. "President Biden has been briefed by National Security Advisor Jake Sullivan. We continue to affirm our strong support for Burma's democratic institutions and, in coordination with our regional partners, urge the military and all other parties to adhere to democratic norms and the rule of law, and to release those detained today".

On 8 November, 2020, there was an election in Myanmar that marked the country's second general election since the 2011 end of military rule. The country's ruling party, National League for Democracy (NLD), led by Aung San Suu Kyi, won in a landslide.

Myanmar's military, known as Tatmadaw, however, claimed there was widespread voter fraud, urging the government to postpone convening the parliament - something that was scheduled to happen on Monday.

Amid fears of a possible coup that could follow, the country's army, according to The Associated Press, denied that its chief had staged a coup, stating that “some organizations and media” had raised speculation about the coup without foundation.

The statement said that the words of the army's commander-in-chief, Min Aung Hlaing, were taken out of context, after he said on Wednesday that the constitution could be revoked if the laws were not being properly enforced.