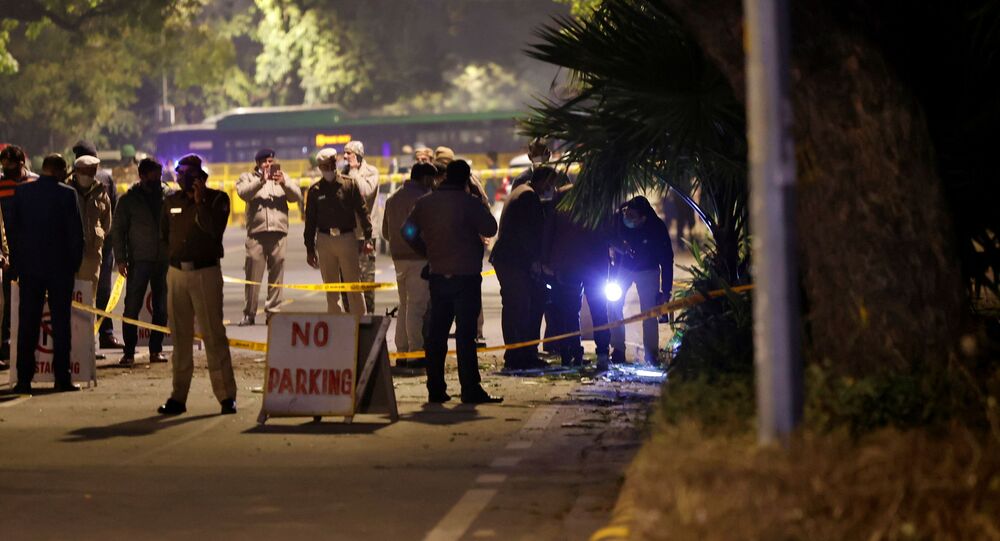 A letter recovered from near the site of the blast outside the Israeli Embassy compound in the Indian capital on Friday mentions Revolutionary Guards Quds Force Commander Qasem Soleimani and Iranian nuclear and missile scientist Mohsen Fakhrizadeh by name, and hints at further attacks, the Times of India and Indian Express report, citing police sources.

“This is a trailer. We can end your life, anytime, anywhere,” an excerpt of the letter cited by the newspapers reads, mentioning “Iranian martyrs.” The letter was purportedly addressed “to Israel Embassy ambassador.”

Soleimani was killed in a US drone strike in January 2020 in Baghdad. Iran has repeatedly threatened to avenge his death. Fakhrizadeh was assassinated in late November 2020 about 200 km outside Tehran in what Iran suspects was an elaborate Mossad operation. Iranian leaders have promised to retaliate to the latter attack in its own time, while adding that Tehran would not be pulled into a regional war which would destabilise the Middle East.

Conflicting Claims About Who Was Responsible

Israeli media has speculated heavily about possible Iranian involvement in Friday’s embassy incident, pointing to similar attacks on Israeli diplomatic facilities in the past in which Tel Aviv has also blamed Tehran, such as the February 2012 bombing which injured an Israeli diplomat and his Indian driver. Iran vehemently denied any involvement in that attack, and has stressed repeatedly that it and its allies do not target diplomatic facilities.

Jaish-Ul-Hind, a little-known terror group, has claimed responsibility for the blast, which both India and Israel have classified as a terrorist incident. The group warned that the blast was just “the beginning of a series of attacks which would target major Indian cities and pay back in kind to the atrocities committed by the Indian state.” Authorities and India’s security services have yet to verify the group’s involvement.

© Sputnik
Site of the explosion near the Israeli Embassy in Delhi, India, on 29 January 2021.

The IED blast went off as Indian leaders including Prime Minister Narendra Modi and President Ram Nath Kovind were taking part in a ceremony to conclude the four-day Republic Day celebrations nearby.

On Saturday, Delhi police asked authorities to provide details on all Iranian nationals who had arrived in the Indian capital this month. Israel has announced that it would send a team to Delhi to join local agencies investigating the blast. Indian security officials have kept their Israeli counterparts updated on the situation, promising that “no effort will be spared to find the culprits.”

© Photo : Sputnik
Watch Footage From Scene of Explosion Near Israeli Embassy in Delhi
No injuries or fatalities were reported in the incident, which came after Indian security services warned that al-Qaeda, Lashkar-e-Taiba (a local al-Qaeda affiliate) and/or Sikh secessionists may carry out attacks across the country. Police are said to be probing the al-Qaeda angle. At least one Daesh (ISIS)*-affiliated group has also claimed responsibility, according to local media.
...
Reddit
Google+
Blogger
Pinterest
StumbleUpon
Telegram
WhatsApp
1710