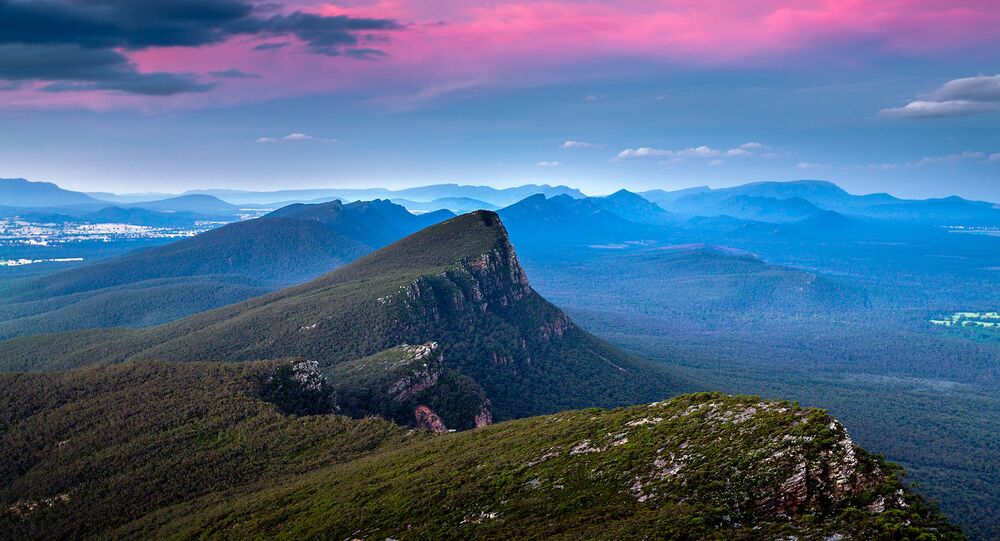 According to the news.com.au website, a right-wing group invaded the beautiful tourist spot during the long Australia Day weekend. The country’s national day is observed on 26 January to mark the 1788 raising of the British flag at Sydney Cove.

This year, however, locals saw some 40 members of the neo-Nazi National Socialist Network coming to the Grampians region. The group has openly described indigenous Australians as "subhuman and monkeys."

After camping in the bush, the group set off for the town of Halls Gap, harassing both locals and visitors.

"They did this march through town with swastikas and Hitler salutes and they had these stickers with ‘power to the white man’", resident Saskia Elling told the news outlet.

According to the resident, the group did not seem to be "very intelligent" people, as "at one point they were dining at the Black Panther cafe which is also the name of a black empowerment movement."

Still, their presence left locals terrified. Elling also complained about police that called the gathering "a training camp" and did nothing.

The chief of the Jewish-Australian community organisation, Dr Dvir Abramovich, however, urged against overlooking the danger of the Hitler worshippers.

"We do not need to wait for a Christchurch in Melbourne to act", he told news.com.au.

On 15 March 2019, New Zealand’s central city of Christchurch was rocked by two mass shootings at Al Noor Mosque and the Linwood Islamic Centre in. The tragedy left 51 people dead and several dozens wounded. The 28-year-old attacker, Australian national Brenton Harrison Tarrant, explained his motives by his anti-Muslim and anti-migrant views.