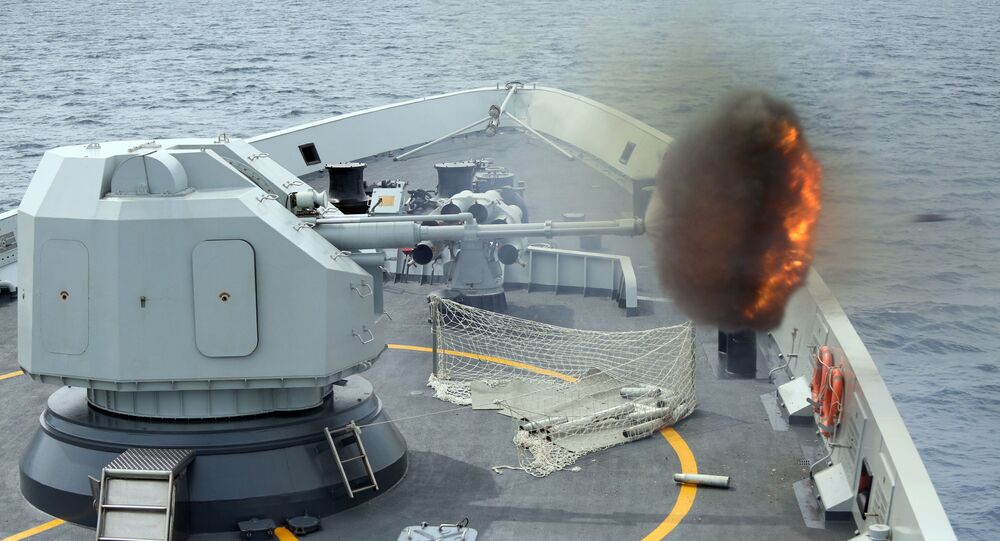 On Monday, Beijing accused Washington of "flexing its muscles" in the region, a few days after the US Navy sent the Theodore Roosevelt Carrier Strike Group to the South China Sea "to foster maritime security".

The Chinese military is due to conduct drills in the South China Sea later this week, the country's Maritime Safety Administration said on Tuesday, declining to elaborate on the exact date and on what scale the exercises will be carried out.

The administration, however, issued a notice to ban entry into a portion of the waters in the Gulf of Tonkin east of Vietnam on 27-30 January.

The announcement comes after Chinese Foreign Ministry spokesman Zhao Lijian told reporters on Monday about the US "frequently" sending its "aircraft and vessels into the South China Sea to flex its muscles".

"This is not conducive to peace and stability in the region", the spokesman pointed out.

The statement followed the US Indo-Pacific Command (INDOPACOM) announcing late last week that a US aircraft carrier strike group led by the USS Theodore Roosevelt had entered the South China Sea on 23 January "to conduct routine operations".

"The Theodore Roosevelt Carrier Strike Group (TRCSG) is on a scheduled deployment to the US 7th Fleet to ensure freedom of the seas, build partnerships that foster maritime security, and conduct a wide range of operations", INDOPACOM said.

Despite having no claims to the territories, the US is also actively engaged in the dispute, repeatedly sending its military vessels to the South China Sea to fulfill "freedom of navigation" missions. They draw harsh criticism from Beijing who describes such acts as "provocations" and is often involved in holding war games in the area.