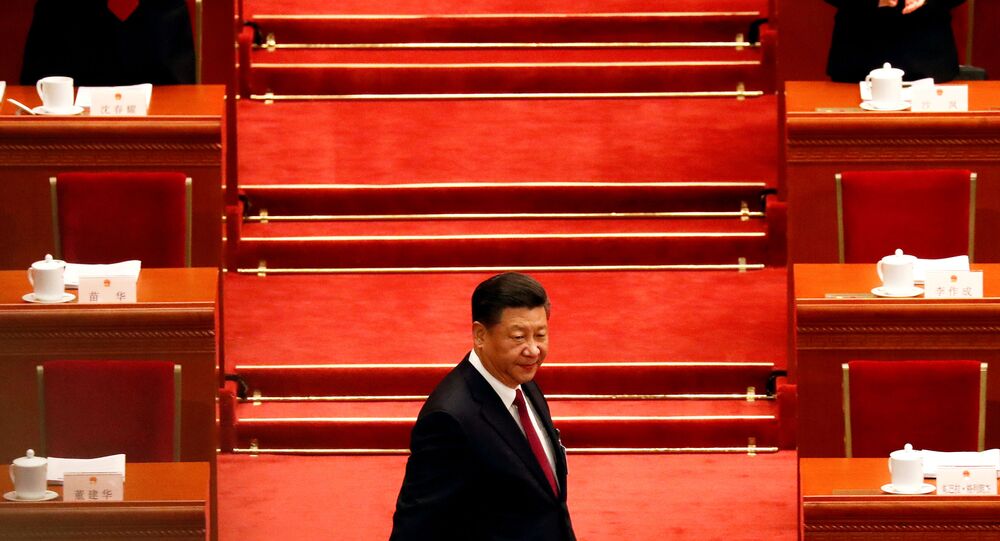 The news comes as the Ministry of Industry and Information Technology (MIIT) announced on Tuesday it would back mainland and foreign enterprises in the nation's semiconductor sector to boost production of integrated circuits, a South China Morning Post (SCMP) report revealed.

China must adopt a "whole country" approach to mobilising the nation's private enterprises to decouple from foreign technologies in the ongoing trade war against Beijing, a top official in the Chinese Communist Party wrote on Monday.

But China's technological capabilities had shortcomings, exposing the nation to vulnerabilities to foreign sanctions, he said.

Jiang added the United States was imposing a "technology blockade" over China to "significantly disrupt" external technology exchanges and cooperation.

"[It’s] an inevitable choice [for China] to seek a self-dependent and self-empowerment strategy in the technology sector,” Jiang added.

China's strategic goal was to develop "autonomous capabilities in key industrial areas" to reduce reliance on foreign technologies, key components, equipment and others, "especially those from Western countries", he explained.

© AP Photo / Mark Schiefelbein
China Urged To Boost Self-Reliance In Key Technologies Amid US Trade, Tech Wars - PLA Military Paper
As China depended on imports for more than half of its "high-end equipment, software, and key components", the country should pool its available resources to achieve major progress in "strategic and fundamental key science and technology products" to avoid "being strangled by others at the neck", he said, citing a metaphor used by Chinese president Xi Jinping.

China Rise in the Ongoing US Trade War on China

The article follows a report published on Monday, which found China's artificial intelligence (AI) capabilities were catching up to the US and had surpassed the European Union after major gains in supercomputing, investment and R&D.

The article comes just after President Xi opened the World Economic Forum 2021 in Davos, where he urged cooperation on tackling the ongoing COVID-19 pandemic and strengthen multilateral institutions aimed at resolving global crises.

© REUTERS / Stringer
China Catching Up to US in Artificial Intelligence, Brexit to Hit EU's AI Capabilities, Report Says
The Chinese president also slammed the 'New Cold War' from nations disrupting and sanctioning Beijing, stating such protectionist measures would "only push the world into division and even confrontation", he said at the time.

China's National Bureau of Statistics (NBS) reported last week its economy had grown 2.3 percent in 2020 and 6.5 percent in Q4 amid COVID-19, due to its strict COVID-19 restrictions and emergency aid for businesses, leading to a quick recovery.