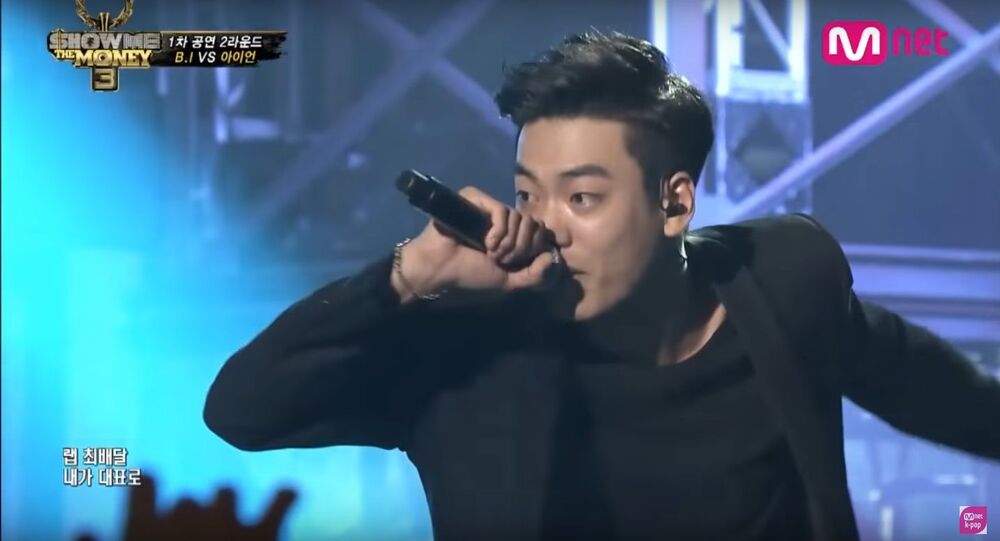 South Korean rapper Iron was best known for appearing on the third season of "Show Me the Money," which aired from July to September 2014 and was part of "Team YDG (Yang Dong Geun)."

Famous Korean rapper Jeong Heon-cheol, known by his stage name Iron, has been found dead in his apartment complex in Jung-gu, Seoul at around 10:26 am local time, the Yonhap agency reported citing police.

According to the police report, he was found laying in a flowerbed and was bleeding when police found him. He was immediately taken to a hospital but pronounced dead there later.

Iron’s music is well-known among fans of Korean hip-hop, especially after he won second place in the third season of the famous “Show Me the Money” TV show in 2014. Afterwards, he released the single “BLUE” in 2015 and collaborated with a number of Korean artists like Jooyoung, SHINee's Jonghyun, and AOA's Jimin. However, from 2016 the rapper’s controversies started grabbing more headlines than his music.

© Photo : Facebook/ BTS
BTS' Suga in Centre of Scandal After Using Sample of Voice of Mass Murderer Jim Jones
In 2016, he was found guilty on three counts of using marijuana and ordered to pay a fine and attend 40 hours of rehabilitation.

In 2017, he was charged with assaulting his ex-girlfriend and was ordered to attend 80 hours of community service and slapped with a two-year probation period.

More recently, in December of last year, he was investigated by the police for assaulting a teenage boy with a baseball bat.